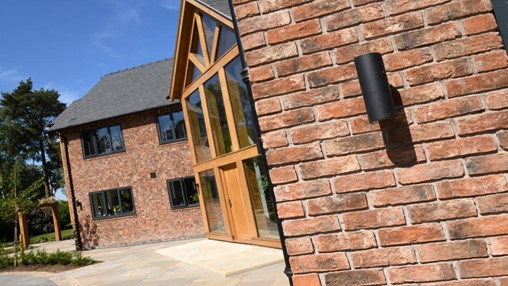 All of its manufacturing partners must meet and evidence at least four key internationally recognised standards for product quality, sustainability and ethical supply. Imperial Bricks now requires all of its manufacturing partners meet and evidence at least four key internationally recognised standards for product quality, sustainability and ethical supply. In fact, every one of Imperial’s factory partners meet at least six of the eight standards listed in the Brick Development Association’s new ‘Brickmakers Quality Charter’. In support of the principles of the Charter, and for full transparency of the supply chain, evidence of the standards met by Imperial’s partners is available to customers under an NDA. “Several companies including national and independent builders’ merchants have already viewed our comprehensive documentation to their satisfaction,” said Jason Hughes, Managing Director of Imperial Bricks. Imperial Bricks has formalised its own policies over the past two years to ensure all its manufacturing partners meet these accreditations. To supply Imperial a minimum of four out the following seven standards must be met – the first three are mandatory: SEDEX Members Ethical Trade Audit (SMETA) Report (the benchmark for ethical trading/health and safety, used by Dyson and M&S) Anti-Modern Slavery Policy UKCA/CE Mark - CPR Compliance in Clay Brick Products ISO 9001 - Business Quality Management System BES 6001 - Responsible Sourcing ISO 14001 - Environmental Management System ISO 45001 - Health and Safety Management System Imperial is able to stipulate these high standards – an impressive achievement for manufacturers in any part of the world - thanks to the long-term, exclusive trading relationships established with its partners in Europe and Asia. “Our bricks are made to our exact specification, using our own expertise and that of our manufacturers,” said Hughes. “We’ve worked with our manufacturing partners over many years so that our customers throughout the supply chain - merchants, specifiers, builders, developers and self builders - can be confident our bricks are made ethically, and to the highest quality.”