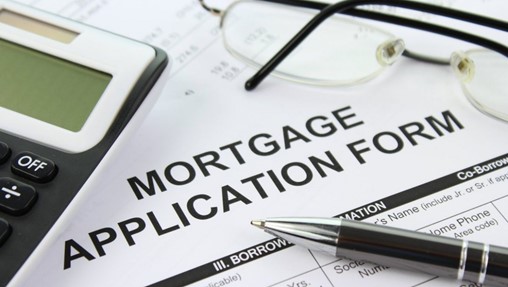 Mortgage borrowing fell back in April, according to the latest Bank of England Money and Credit report. Individuals borrowed an additional £3.3 billion secured on their homes, following a record £11.5 billion in March. This was also lower than the £5.7 billion monthly average borrowed in the six months to February 2021. Despite weaker net lending, both gross lending and repayments remain above levels seen since the start of 2020. The recent variability is likely to reflect the reduction in the stamp duty tax, which was initially expected to end in March, but has now been extended to the end of June. Charlotte Nixon, mortgage expert at Quilter, said: “Mortgage borrowing cooled off considerably in April, down 72% on the previous month to £3.3bn after the rush to secure mortgage deals in March before it was expected that the stamp duty holiday would end. Now the tax holiday has been extended to the end of June, the stampede for property has calmed somewhat. “Standing at 1.88%, the effective rate on newly drawn mortgages is pretty low by historical standards which should help with affordability, particularly for first time buyers. But first-time buyer beware. After double digital house price growth, any price correction could send alarm bells ringing if it means the threat of negative equity looms. “The lockdown-driven accidental savings has continued once again, with a further £10.7bn deposited by households at banks and building societies in April. This is despite the fact that the interest received is meagre, at 0.47% on average. With inflation running well above this level, and expected to stay higher for some time during the economic reopening, savings deposited in current or easy access accounts may well be losing money in real terms. “Closely watched by economists and inflation hawks alike will be when the savings tide starts to turn to become a tidal wave of spending once restrictions end. With £5.5bn fewer savings in April than in March, it’s likely we have reached this turning point and fewer and fewer savings will be deposited as the months tick by.” Jeremy Leaf, north London estate agent and a former RICS residential chairman, added: “These mortgage approvals show an intention to purchase property in the months leading up to April and reflect the housing market frenzy in the period just before the stamp duty holiday was due to end. “Its extension will result in seeing similar results for the next month or two until the slightly calmer conditions prevailing at the sharp end now begin to emerge. “Supply and demand is moving closer together so prices will inevitably soften rather than correct but should also give many of those who have been unable to buy property in the last crazy few months a better chance of succeeding.” Approvals for house purchase ticked up in April, to 86,900, from 83,400 in March. They have fallen from a recent peak of 103,400 in November but have remained relatively strong. In February 2020, there were 73,400 approvals for house purchase. The ‘effective’ rate – the actual interest rate paid – on newly drawn mortgages fell 7 basis points to 1.88% in April. That is marginally above the rate in January 2020 (1.85%), and compares to a series low of 1.72% in August 2020. The rate on the outstanding stock of mortgages remained broadly unchanged at a series low of 2.07%. David Ross, Managing Director, Hometrack, said: “April has proved to be another strong month of growth for mortgage approvals, with market activity holding steady, even at these record levels. “Hometrack data shows that mortgage applications, which drive mortgage approvals, continued to rise in April and May, indicating that the market shows no signs of slowing – on top of seasonal variation. “Increased activity amongst higher equity borrowers – for example those driven by increased demand for larger, family homes – has led to increased demand for larger mortgages often at lower loan-to-value, offsetting risk and mitigating against the potential ramifications of extended debt. “While the SDLT holiday will taper at the end of June, we expect this to have a minimal impact on mortgage borrowing figures, with the Mortgage Guarantee Scheme expected to pick up any slack. Furthermore, the increased availability of mortgage products, particularly with a high loan-to-value, are set to underpin mortgage activity until at least the start of the July summer holiday period. “Mortgage lenders are set to experience continued demand throughout the remainder of the year, with momentum from 2021 likely to spill over into 2022.”