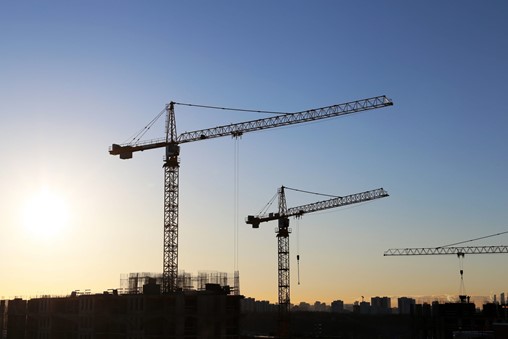 PMI data for May revealed that the UK construction sector remained on a strong recovery, as new orders filled in at the fastest rate for almost a quarter of a century May PMI data indicated that the UK construction sector remained on a strong recovery path, as output growth reaching its strongest since September 2014. New order volumes increased at the fastest pace since the survey began just over 24 years ago. Input cost inflation was also at a survey-record high during May, reflecting a surge in demand for construction materials and severe supply shortages. At 64.2 in May, up from 61.6 in April, the seasonally adjusted IHS Markit/CIPS UK Construction PMI® Total Activity Index registered above the 50.0 no-change value for the fourth consecutive month and signalled the strongest rate of output growth for just under seven years. Sector breakdown Housebuilding (index at 66.3) was the best-performing category of construction activity in May, followed by commercial work (64.4). The latest increase in work on commercial projects was the steepest since August 2007. Civil engineering activity (index at 61.3) also increased sharply during May, although the pace of expansion eased slightly since the previous month. The latest survey pointed to a rapid upturn in new business across the construction sector. Around 47% of the survey panel reported higher volumes of new work, while only 11% signalled a reduction. New project starts and a sustained recovery in construction workloads resulted in another marked rise in staffing numbers during May. The rate of job creation was the fastest since July 2014. Subcontractor usage also increased at a survey-record pace. Mirroring the trend for order books, the latest data indicated a steep upturn in purchasing activity across the construction sector. Suppliers’ delivery times lengthened sharply in May, with the downturn in vendor performance the second-steepest since the survey began (exceeded only by that seen in April 2020). Stretched supply chains and steep rises in raw material prices contributed to a rapid increase in average cost burdens. The overall rate of input price inflation was the highest in just over 24 years of data collection. Around 61% of the survey panel predict a rise in business activity, while just 8% anticipate a decline. ‘Phenomenal acceleration in growth’ Duncan Brock, group director at the Chartered Institute of Procurement & Supply, said: “The construction sector continued its expansion programme with a phenomenal acceleration in growth and the strongest for seven years as new orders filled in at the fastest rate for almost a quarter of a century. “Residential work was back in the top spot as housebuilding rose at the quickest pace since August 2014, serving as an antidote to the recent scarcity in housing for lets or buy, and driven by consumer demand and a boost from the stamp duty holiday. “Busy purchasing managers were under pressure to keep up and buying up at the fastest rate since April 1997, changing sourcing strategies to find depleting essential materials and stocking up just as supply chain problems continued to mount along with prices. “With inflation for goods and raw materials at a 24-year high, companies will be concerned that much-needed profits will be eaten away as building projects take shape and could be held up by some of the longest delivery times on record. “Skills shortages are also becoming a problem, with recruiters finding talented labour hard to find, as job creation was at robust levels and the threat of staffing cutbacks has become a distant memory.” ‘A bust to end the boom’ Brendan Sharkey, head of construction and real estate at MHA MacIntyre Hudson, commented: “Today’s PMI shows that demand in the construction sector remains strong and everyone has plenty of work. However, in truth many developers would prefer a steadier, slower recovery. This heated market is accompanied with the spectre of a coming bust to end the boom. “A bust is far from being a foregone conclusion but it is a danger to watch out for. Hopefully the sector will have a softer landing and we will just see the housing market quieten down, possibly by September, rather than crash and burn. “One potential pitfall comes from demand. With the current Stamp Duty Land Tax (SDLT) holiday reducing at the end of June, and with some of the current interest in moving house perhaps liable to fade away as the country reopens, demand could start to stutter. “The other potential problem is inflation and the rising costs of construction materials, such as timber, cement and plasterboard. Some firms might not have priced this into their current contracts and could be caught out. They might think they have taken on lots of work only to find it is not actually profitable, an easy mistake to make in an industry that usually operates on thin margins at the best of times. The bigger firms are liable to weather this much better than smaller contractors, as they usually have better contracts and more influence with suppliers.”