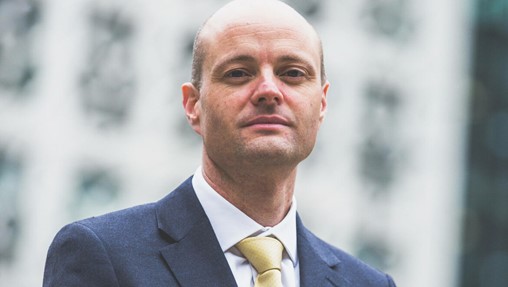 Paul Smith, managing director of The Strategic Land Group (pictured), wants to lay the myth of land banking to rest once and for all. With planning reforms on the horizon, the anti-development hoards are once again beginning to assemble their all too predictable defences of the current system. As its contribution, the Local Government Association (LGA) has wheeled out its annual update of the hackneyed statistic that planning can’t possibly be the cause of the housing crisis because nine out of ten planning applications are approved. This is, of course, an excellent example of an incomplete data set – it only includes applications that were actually submitted. Securing planning permission is expensive and time consuming, so developers only apply when they are very confident indeed that they will be successful (they still fail 10% of the time). There is a very large number of perfectly suitable development sites which are never the subject of a planning application because the planning system makes the result either too unpredictable or guarantees refusal. The planning system is obviously responsible for homes not being built on those sites. Applications are only half the story – the other crucial factor in our “plan-led” system is local plans. Only half of local authorities have an up-to-date local plan and, between them, are only planning to build around 190,000 homes each year. It should be no surprise whatsoever that it’s proving quite difficult to deliver 300,000 homes annually. The LGA press release included another moth-eaten “fact” that, with more than 1.1 million homes with planning permission as yet unbuilt, the problem is land banking developers. The 1.1 million figure is, of course, nonsense. To start with, we’re pretty poor at counting how many homes are added to the housing supply each year. There are multiple datasets, and they all provide notably different answers. The number of homes granted permission is also certainly inflated. The inflexibility of the planning system makes it almost impossible to adjust existing permissions in even the smallest ways. Changes to house designs, housing mix, or the overall number of homes can all require brand new applications on sites that already have planning permission. Although an effort is made to filter out these duplicate plots by only counting one permission per site when two consents have been granted within a year, it won’t catch all of them. In most cases, more than 12 months will have passed, while in others the description of development will have changed, making it appear like a whole new site. In reality, many of the “unbuilt” homes don’t actually exist. Where permissions do really exist, many will not yet be capable of being built – some will be outline permissions with reserved matters approvals still awaited, others will be detailed consents with the usual long list of pre-commencement conditions to be discharged. Yet more of these “missing” homes will be on sites that are already in the process of being developed – it takes time to build homes. Site preparation, ground works and building new homes all takes time. Once underway, like any good manufacturer, house builders try to maintain a consistent level of production to operate efficiently, avoid peaks and troughs in labour requirements and keep capital outlays at a manageable level. They try to match that rate of build as best they can to market demand. That isn’t deliberately withholding homes from the market or denying that there is a housing crisis -it’s recognising that whilst the demand for homes across the country as a whole is significantly higher than supply, the demand for a specific house design in a specific location at a specific point in time will always be limited. Move a mile down the road or increase the range of house-types on offer and sales rates – and therefore build rates – will increase. Housebuilders only make a profit, of course, by selling homes – there is little to be gained by sitting idly on expensively acquired development sites. In fact, it is actively harmful – it reduces their return on capital and restricts the funds available to invest in new projects. That’s why they are more than happy to increase build rates when that specific, localised demand allows them to do so. Taylor Wimpey, for example, is currently reporting what it describes as a historically high sales rate, buoyed by the general strength of the housing market. Over the last twenty years, the Barker Review (2004), the Calcutt Review (2007), the Lyons Review (2014) and the Letwin Review (2018) have all looked for evidence of land banking. They found none. Nor did Nick Boles when he reviewed the data in 2013 while Planning Minister. The Office of Fair Trading could find no evidence either when they investigated the house building industry in 2008. After six independent investigations spanning 17 years, you would think even the staunchest defenders of the status quo might accept that, perhaps, land banking isn’t the thing to focus on if we want to build more homes. Evidence from across the rest of the world shows that the more restrictive a planning system becomes, the higher house prices rise. That’s why making sure we plan for the right number of homes in the first place is the most sensible starting point for tackling the housing crisis. Despite the overwhelming evidence to the contrary, it isn’t at all surprising that the LGA has repeated the same claims it rolls out every year about land banking being to blame. What is surprising is that some people still seem to believe it.