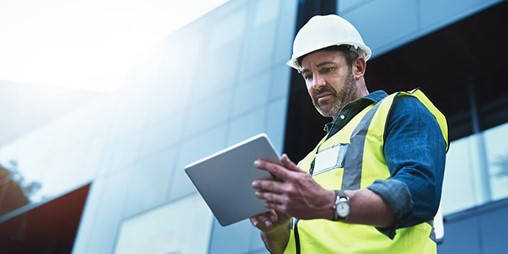 TWO NEW WEB planning apps aiming to help homeowners improve and extend their homes have been launched. The two apps, announced by Housing Secretary Robert Jenrick, are a step towards a fully digital planning system, the Ministry of Housing, Communities and Local Government (MHCLG) says. They aim to save time and money for developers, architects and homeowners by speeding up and simplifying the application process. Common home improvements, such as kitchen extensions and loft conversions, don’t need full planning permission. However, the rules are complicated and often result in people submitting invalid applications for ‘permitted developments’, wasting time and money. Planning apps The new app for homeowners uses simple language and diagrams to help navigate the system. It asks a series of questions, and checks whether the plans meet local and national requirements. Users can then apply within the app for the certificate they need to show their plans are permitted development, allowing building to go ahead. A second app will help council planning officials manage permitted development applications – tracking progress and putting the information they need to make decisions in a user-friendly format. It puts the focus on data rather than documents, helping planners make decisions much more quickly and efficiently. RIPA and BoPS The app for homeowners, architects and developers is called RIPA – Reducing Invalid Planning Applications. The app for planning officials is known as BoPS (Back office Planning System). The apps are being tested in three areas. They are a first step towards the aim, outlined in last year’s ‘Planning for the future’ white paper, of replacing the current paper-based system with one that is digital from start to finish. Rob Bristow, Lambeth’s Director of Planning, Transport and Sustainability said: “Around half of the planning applications we receive in Lambeth are found to be invalid – mostly because people have difficulty interpreting the complex planning requirements to make valid applications. The RIPA app will guide users through the rules, based on what they want to do and where in the borough their property is, to see whether their plans meet the requirements. “Along with the BoPS app, which will see a hugely improved back-end system for planners to use in their assessments, these exciting new tools will not only provide an enhanced experience for property owners, they will also enable interested parties such as neighbours to be consulted sooner, and help planning officers process applications more effectively.” The apps have been designed by three English councils and funded by the government’s Local Digital Fund. The councils – Southwark and Lambeth in London, and Buckinghamshire – are now testing the apps in their areas. >> Read more about apps relevant to construction in the news