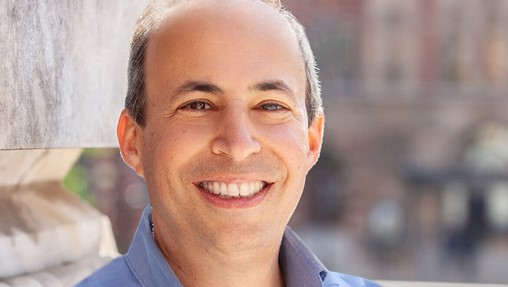 Today the UK became a world leader in the digitisation of its property market with the launch of Coadjute, a new, real-time network to speed up property transactions. Launching with the first live property deal on the network, a house in Kent, Coadjute has ambitions to reduce the five-month average process for buying and selling property by half. Seven of the most respected software companies in the property industry – including Dezrez, MRI, VTUK and Reapit – have already signed up to the award-winning Coadjute network and it has the full backing of the Land Registry. With more than 25% of deals currently falling through and billions lost in efficiencies, Coadjute is introducing bank grade enterprise blockchain technology used for foreign trading and huge transactions to help solve this problem. For the first time, all parties involved in a property deal – including the estate agent, conveyancer, mortgage lender and broker – can track the live progress of the transaction from start to finish, from their existing software. Coadjute is all about getting rid of those many small delays and gaps in the process caused by miscommunication or a disconnect, that when combined can add up to a bigger issue. From banks waiting for documentation to missed calls or emails, all these small delays add up. With the Coadjute network, there is greater transparency, a reduced risk of fraud and an accelerated process with significantly less admin. Conveyancers will be able to protect sensitive client data by Coadjute’s encrypted network, which only the conveyancer and the receiving party can see. Backed by international venture funding, Coadjute intends to roll out across the UK over the next 24 months and is led by former NatWest executive Dan Salmons. He said, “This is a huge moment for the UK property market. With so many different parties involved in a property transaction there’s been a desperate need for a way to connect them and speed up the process. Thanks to the leadership of HM Land Registry, and the support of some of many of the leading property software companies, that technology has now arrived.” Coadjute was formed following a successful initiative in 2018 brought about by HM Land Registry to test the use of blockchain technology in the property market. The team behind it spent the next two years piloting the concept with property market businesses including estate agents, conveyancers, software platforms and banks before launching this week. The Land Registry has hailed the innovation as a milestone in the digitisation of the property market. Deputy Director Eddie Davies said, “HM Land Registry ran the Digital Street initiative in 2018 to encourage the industry to work together to improve the efficiency of the market. We’re delighted to see Coadjute take this work forward and are happy to be working with them now as they bring their network to market.” The first live property deal on the network is the sale of a house in Kent. The property is being sold by estate agent Quealy & Co, and Dee Quealy said: “Reducing the time taken to complete a deal is critical to the success of an estate agency. Using our existing software to co-operate with other parties via the Coadjute network, we can now complete transactions much faster and reduce the chance of a deal collapsing. We’ll also be able to offer an even better experience for our customers by always having a synchronised view of the property transaction to provide instant, real-time updates. We are passionate about trying to reduce the length of time a transaction takes, the uncertainty, dashed hopes and expectations and money wasted and the Coadjute platform is groundbreaking in terms of the transparency and speed it brings to the process.” Angelo Piccirillo, Founder and Senior Partner at AVRillo, who acted as the conveyancers for the seller, added: “We are very selective about who we partner with and are delighted to join the Coadjute Network. Their ground-breaking solution is exactly what our innovative team has been looking for to take AVRillo’s client experience to the next level. Coadjute has come prepared to improve the way the industry works.”