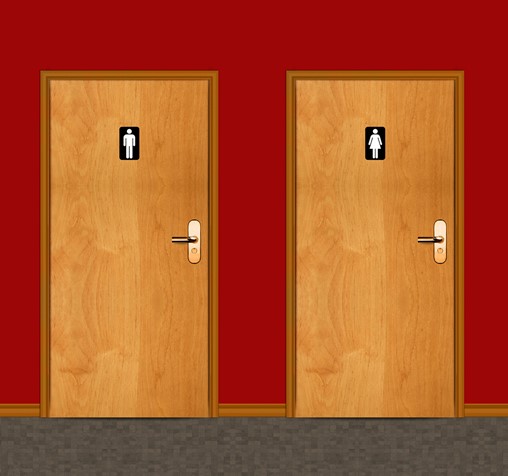 Ian Streets, managing director of About Access, looks at some of the options for levelling up when it comes to loo access Toilets are possibly the biggest single issue when it comes to designing and assessing accessible facilities. We’ve worked on cases where there wasn’t an accessible loo at all and the question was where to put one. In other scenarios, the loos have been planned in – and maybe even constructed – but without the designers or developers first seeking the expert input of an access consultant. That makes errors more likely and some have been quite spectacular. It’s more common than it should be for a loo to be billed as accessible when it’s just not big enough. Sometimes they are the right size conveniences but laid out in an inconvenient way, and on one occasion the loo was fine but because it was wedged into the corner of a corridor, there was no way a wheelchair user would have been able to get near it. We’ve been revisiting the issue after receiving comments from someone suggesting that the design of general toilets, as opposed to accessible loos, gives insufficient thought to the needs of women. The specific concern is that the cubicle should be wider or better laid-out to provide space to accommodate a sanitary bin, which should also be larger than is the norm to facilitate the hygienic disposal of incontinence pads. Another idea was to ensure tonal contrast between the bin and the walls of the cubicle, and on the bin itself for operating the lid and the pedal In taking feedback to this suggestion, we’ve found, not surprisingly, that it could lead to debate about how much space is needed for a sanitary bin big enough do the job. One respondent made the point that men also use disposable incontinence pads and should therefore have access to such facilities We’ll watch where that discussion goes but we do like the observation about ensuring tonal contrast and we see that as one improvement which could be applied to all loos. Meeting impairment needs We recognise that it’s not realistic for all toilets to be accessible, but they are essential and it’s unlikely there will ever be enough of them. However, there is more that can be done with general loos to make them more comfortable for non-disabled users and to also meet the needs of some people who have an impairment. By making some relatively simple changes to non-accessible loos, it’s possible to reduce the demand for accessible loos – and thereby increase capacity. “The extra space can make a difference for a lot of disabled people, even if it has to accommodate a drop-down baby table, but it needs to be planned in from the start because fitting it retrospectively could mean having to remove one of the other cubicles.” In addition to applying tonal contrast in all WCs to help people navigate the facilities and fittings, another important step would be to make sure the lighting is even throughout and ensure none of the cubicles are dimly lit. Such modifications could make a big difference for some people with sight loss, who may find it easier to use than a standard, non-accessible WC. It would also be helpful, and should be relatively inexpensive, to fit taps that can be operated with a clenched fist or elbow. The same goes for soap and paper towel dispensers, and for hot air driers. Making changes to deliver extra space Guidance also states that every facility should have at least one cubicle with an outward opening door and with support rails and clothes hooks fitted to the walls, because that makes it easier to get in and out and to take support when needed. It would be of benefit to a lot of ambulant disabled people and they may be people who don’t consider themselves to be disabled. You don’t need any extra space to do this – just changing the way the door opens will enable the user to make more comfortable use of the existing space inside the cubicle rather than having to squeeze into a tighter space on entering and leaving. Where there are four or more cubicles, one of them should be an enlarged cubicle without actually extending it to the size of an accessible loo, so up from the standard minimum cubicle size of 800mm wide to 1200mm. The extra space can make a difference for a lot of disabled people, even if it has to accommodate a drop-down baby table, but it needs to be planned in from the start because fitting it retrospectively could mean having to remove one of the other cubicles. It bears repeating that none of these measures should be seen as acceptable substitutes for accessible loos because some people really need the extra space and facilities, which should all be correctly laid out. Approved Document M requires a minimum 1500mm by 2200mm for a unisex wheelchair accessible layout and since 2018 the guidance within BS8300 is for 1700mm by 2200mm. The position of the toilet is important. It should be close to a wall, enabling the user to take support if necessary. It should also be within easy reach of the wash basin, soap dispenser and paper towels, and is there enough space for the user, their mobility equipment and any bags or luggage? It doesn’t matter how much space there is if the facilities are inadequate and the room itself is cluttered and inaccessible. Ian Streets Managing Director 63 Wilson Street, St Anlaby, Hull East Yorkshire HU10 7AJ Tel: +44 (0)1482 651101 Please note: this is a commercial profile.