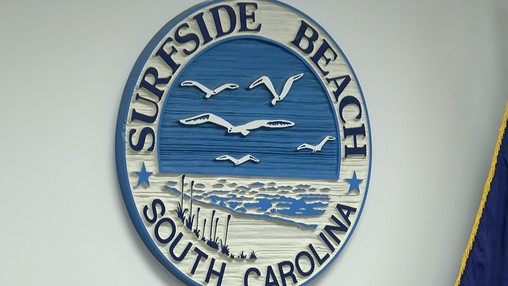 SURFSIDE BEACH, S.C. (WPDE) — Surfside Beach Town Council met for a meeting Tuesday night to address the ongoing mold issue in one of the town's buildings. Officials said that at one time they paid $50,000 to remove the mold but the cause of the mold wasn't addressed so the mold came back. A motion to buy a new building to relocate city employees failed by a vote of three to three. It would cost more than one million dollars to move employees to the new building located at 210 Highway 17. Leaders are asking the town administrator to ask the property owners for a new price. If they do not reach an agreement, the council is looking to place temporary buildings/trailers at the town hall for the workers to operate in. This would cost an estimated $150,000 to $200,000 plus electrical and plumbing expenses. Surfside councilman, Michael Drake, said: "We have employees that are in harm's way right now, and I'm worried of the fact that if we don't do something real quick then we're going to be held liable." To fix the current town hall, it would cost $1.1 million for demolition and $3,654,500 to build adding up to $4.7 million for the entire project. They also provided an update on the Surfside Pier at the meeting. They do not have an exact date of when construction will be complete but officials said it could be next summer.