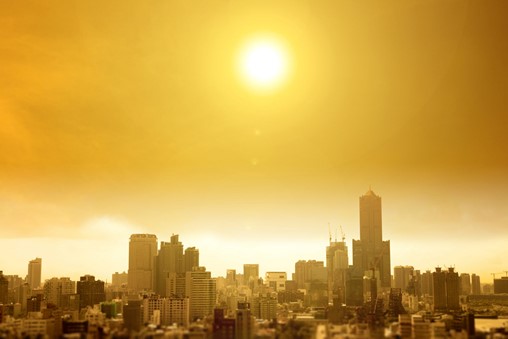 The third Independent Assessment of UK Climate Risk from the Climate Change Committee has warned that a lack of action on climate adaptation is heightening the danger of financial and societal costs in the future. Hannah Jane and Kai Liebetanz of the UK Green Building Council argue that the UK needs an ambitious and detailed adaptation plan now While global environmental news over the last few years has been a constant stream of foreign catastrophe and doom-laden projections, on the domestic side, headlines portray the UK as a relative success story – the grid is rapidly decarbonising; electric vehicle, renewable and battery technology is improving exponentially; and businesses are increasingly going green. Climate emergencies and net-zero targets are being declared across the nation, so it’s reasonable to believe that the UK is standing up and leading the way in the climate fight. But are we suitably prepared? While setting ambitious targets and strategies for climate mitigation is important, we must be able to measure and assess how the country is currently being impacted by climate change, and whether actions are being taken at the right pace to deal with the worst effects. The Climate Change Committee (CCC) released its third Independent Assessment of UK Climate Risk (CCRA3) in June, assessing 61 climatic risks and opportunities. These span across all domestic sectors, with a significant impact review on assets from the natural environment, the built environment and infrastructure. Seemingly contradicting the domestic media atmosphere, nearly 60% of the risks were given the highest possible urgency score, a staggering increase compared with the previous assessment. The committee’s message is overwhelmingly clear: a decisive lack of action on climate adaptation is in fact increasing the country’s risk from climate change. If adaptation is not addressed adequately, and quickly, we will create far greater financial and societal costs for the future. Adapting buildings to a hotter climate Eight priority risk areas are identified within the assessment, one of which is the risks to human health, wellbeing and productivity from increased exposure to heat within our built environment. If you have followed the news recently, you will be aware of the severity of that risk. At the end of June, Canada experienced a heatwave with unprecedented temperate records – which was beaten by even higher temperatures in three consecutive days, peaking at 49.6C. That is just one example; similar heat waves have been experienced in other parts of the world at the same time, such as Siberia and India. These changes put our homes, our refuge, at risk of overheating and there is nowhere we can escape to. In winter, at least we can turn the heating on – but cooling in summer is a luxury most of us don’t have. Here in the UK, we are not immune to these changes. The heatwave we experienced in the UK over the summer of 2018 will be an average summer by 2050. During summer 2020, at a time when people were confined to their homes, more than 2,500 heat-related deaths were recorded in England; the highest number since 2003. Risks from climate change are already here – and are only going to increase. However, adaptation to climate risk doesn’t seem to get the attention it needs. Our infrastructure, buildings and society are not ready to face them. And as the assessment of the Climate Change Committee made clear, the UK government still has no answer to that. Today, the UK is less well prepared for climate change than it was five years ago. And it is becoming increasingly clear that our adaptation efforts are outpaced by the increase in risk. What we need from the government The CCC are the government’s key experts in climate issues, with a powerful mandate from Downing Street to advise the state through the incredibly complex task of mitigating and adapting to climate change. The fact that such a damning report came from an independent review and not from the opposing benches or dissenting activist groups, should at the very least humble this administration that is so keen to go green. Adaptation has been coined the Cinderella of climate change by Baroness Brown, chair of the CCC Adaptation Committee, “still sitting in rags by the stove: under-resourced, underfunded and often ignored”. Boris Johnson was proud to proclaim last year’s landmark 10 Point Plan as a “global template” and the government is keen to utilise the upcoming COP26 event in November to brand itself as a world leader in climate action. However, if the UK truly wants to be a global climate role model it requires improvement, immediately. This must include a detailed, ambitious and costed adaptation action plan, highlighting not only the financial costs, but also the numerous social and environmental benefits of accomplishing its protective transformation. This will no doubt be a smoother political matter thanks to the recent calls by G7 finance ministers for mandatory climate-related financial disclosures. We must unlock investments to close what is known as the adaptation finance gap. Green infrastructure and nature-based solutions are key, but do not get the same attention as climate mitigation. Hannah Jane Kai Liebetanz UK Green Building Council