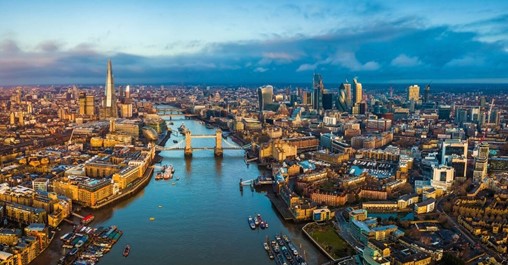 Rental values have fallen steeply in London and the Home Counties since the start of the pandemic. The bounce-back is now underway, according to Knight Frank’s latest five-year rental forecast. It’s hard to know whether the ‘race for space’ or the ‘return to the office’ is having a bigger impact on the lettings market in London and the Home Counties. The ‘return to the office’ is certainly a more recent trend. In the first half of the year, the two areas that experienced the largest increase in rental values in the capital were the leafy locations of Hampstead (+2.5%) and Wimbledon (+1.5%). However, the largest rise during the second quarter of the year was in Wapping (+1.9%), an area popular with workers in London’s two main financial districts. Meanwhile, rents in Aldgate, an area next to the City, saw the biggest increase in the month to June (+3.5%). Although the government relaxes remaining lockdown restrictions from today, the long-awaited return to the office began driving demand around London’s financial districts several months ago. It is a trend being replicated elsewhere in the world, including Manhattan. Indeed, demand in the lettings market reached record levels across London and the Home Counties last month, and that was before the relaxation of international travel restrictions. Meanwhile, rents are being pushed higher by supply shortages in the central London house market as well as suburban locations and the Home Counties as the race for space intensifies. The shortages have become more notable in recent months, exacerbated by large numbers of landlords selling up ahead of June’s stamp duty holiday deadline. In some areas, where stock shortages are particularly acute, asking rents are at or above their pre-pandemic level although rents in these locations should moderate as more supply comes through. The current strength of the rental market was underlined by new-build figures from Molior last week. Stronger sales numbers in the second quarter this year were boosted by “a welcome return of the build-to-rent sector to the forefront of industry activity” said Molior, underlining confidence in the sector. “All of which means it is an appropriate time to revise our rental value forecasts,” Frank Knight said (see below). Knight Frank forecast rental values will end 2021 flat in prime central and prime outer London. That means we expect rents to rise by 5% in PCL and by 3% in POL over the next six months. By December this year, average rental values will be 12% below their pre-pandemic level in PCL and 10% below in POL. However, we forecast that rents will have recovered to their pre-pandemic level by 2023, with average rental values rising by 8% in PCL next year and 6% in POL. By way of comparison, annual rental value growth exceeded 15% as the property market recovered from the global financial crisis. Meanwhile, rental values across the UK will continue to experience upwards pressure over the next five years due to the growth of renting as a tenure model. Affordability constraints in the sales market and the greater flexibility that renting offers are two of the factors that will underpin demand and drive high levels of institutional investment into the sector. “We have been surprised by how quickly activity has grown this year and is exceeding pre-pandemic levels in most areas of London,” said Gary Hall, head of lettings at Knight Frank. “Tenants are locking contracts in for longer periods as they plan for a return to normal life. The domestic market still dominates demand but numbers of international tenants, both students and corporates, are on the rise. After the financial crisis, it took three years for rents to recover and we are expecting the bounce back to be as quick if not faster this time.” “Rents have dropped sharply since the start of the pandemic due to the combined effect of rising supply and falling demand,” said Tom Bill, head of UK residential research at Knight Frank. “Demand and supply are now moving in the opposite direction, in some cases rapidly. This will lead to a marked recovery in rental values, a trend that will be boosted further by the re-opening of international travel.”