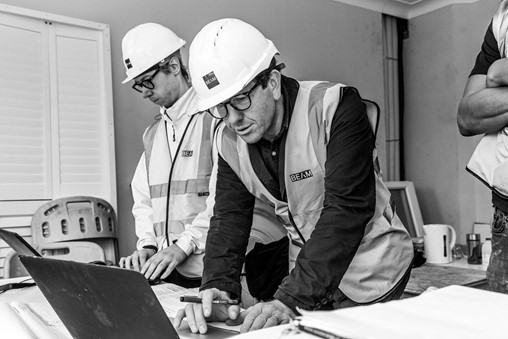 Britain’s construction industry could be more efficient if there was a national shutdown for two to three weeks each August, says Dan Grimshaw from leading design and construction firm Beam Development. “The combined effect of post-lockdown holidays, the loss of free movement and supply chain hold-ups, is slowing progress on almost every building project this summer,” said Dan, who has worked on premium residential projects for more than 15 years. “August is always tricky, but the industry finds itself in a perfect storm and it’s not clear to what extent these issues will be resolved any time soon. The sector is booming and there’s a lot of work out there, but just not enough people to do it.” The idea of shutting up shop for part of August is not new; on the continent thousands of construction firms temporarily close or reduce business hours as part of what is called the ‘European August Shutdown’ each year. “One of the biggest arguments against an August break is the potential loss of business for other companies in the supply chain, however many suppliers and main contacts abroad are not available then anyway,” added Dan. “A two to three week shut down could lead to higher levels of engagement, increase morale, and be an attractive employee benefit. It would not affect the project programme and end date because it avoids the six-week period of 50 per cent staff reduction.” However, Dan warns that with a 42 per cent fall in EU construction labour over the past four years (according to the ONS), an August shutdown is unlikely to tackle the UK’s long-term chronic labour shortage. “EU workers typically choose to be on casual contracts which allows them to leave and come back whenever they want, often returning home to their families in the summer months. However, this year many are returning for good because labour rates in countries like Bulgaria are reportedly becoming more competitive. “Although the order books may be full, with wage costs rising, soaring vacancies, and sharp cost increases in both imported construction products and skilled labour, the sector needs to do more to develop and nurture the people who work for it, if it is to flourish. “Following the lead of our European neighbours and shutting down for the whole of August would actually make the summer months more economically viable and attract people to stay within the industry.” Dan Grimshaw is a design and construction specialist based in Bath and London. He is a mentor to the British Library’s prestigious Innovating for Growth programme and is on the jury for the BLT Built Design Awards 2021. For further information visit: www.beamdevelopment.co.uk