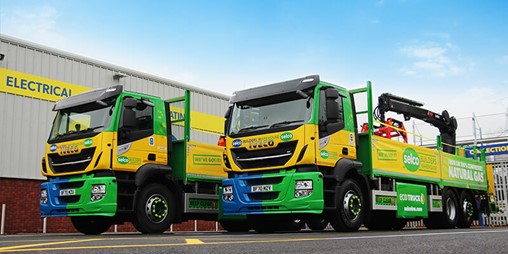 A UK BUILDERS MERCHANT has launched its own ‘Driver Academy’ to help address the nationwide shortage of qualified HGV drivers. Selco Builders Warehouse is aiming to create dozens of newly-qualified HGV drivers by giving colleagues from any areas of the business the chance to change the direction of their career by applying to complete a Level 2 HGV Apprenticeship. Successful applicants completing the apprenticeship would become a fully qualified HGV driver – with a Category C Licence – by May 2022. Drivers Pay Rise Selco has also increased its hourly rate to HGV drivers to £14 from September 1, with an enhanced rate of £16 to be paid in London and the rest of the south of the UK. Marc Lucock, HR director at Selco Builders Warehouse, said: “The current HGV driver shortage across the whole of the UK is being very well documented and there are a host of reasons for that, including Brexit and Covid. “No industry or business is immune from the shortage and at Selco we currently have more than 20 vacancies to fill and that number is rising. “We wanted to be proactive, not only to fill our vacancies but also play a very small part in helping to address the national shortage, and that’s why we have established the Driver Academy. “We have carried out a similar initiative previously which worked well and, given that demand for HGV drivers is far outweighing supply, we are expecting huge interest. Career Opportunity “This is the opportunity for people working in, for example, our branches who may not feel well suited to a management role to move into a different area of the business and gain the qualifications to set them on the road to an excellent career. “It’s a fantastic opportunity for both Selco and our colleagues and we look forward to creating the next generation of HGV drivers.” The apprenticeships include HIAB lorry loader crane training while Selco is also running a programme offering the chance for its current commercial van drivers to upgrade to become HGV qualified. Applications from Selco colleagues are being invited this month with assessment days and formal classroom tuition sessions to begin in October for those who are successful.