The Globe and Mail28 day(s) ago 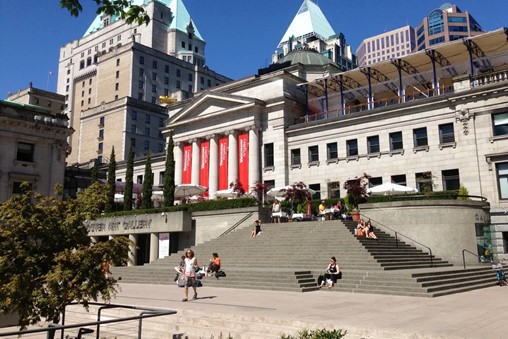 After a decade of planning, the Vancouver Art Gallery hopes to break ground on a new building in a year’s time – because a donor has come forward with a record $100-million gift for the project. The VAG announced Thursday that Vancouver art collector, philanthropist and home builder Michael Audain is contributing $100-million toward the construction of its proposed gallery and visual art centre at Cambie and Beatty Streets. The gift, from Audain and his wife, Yoshi Karasawa, through the Audain Foundation, is the largest cash donation ever made to a public art gallery in Canada, and should jump start the much-delayed project. “If all goes according to plan we can break ground a year from now and it’s about a three-year construction project,” VAG director Anthony Kiendl said in an interview. “This gift … establishes that the building will become a reality: we are incredibly excited to move forward.” Plans for both the building, on land that the City of Vancouver first agreed to donate in 2011, and its proposed programming have expanded during the long gestation period. The site will now include artists’ studios and accommodation, a daycare and preschool, an Indigenous community house and 7,400 square metres of exhibition space – more than double that of the current Robson Square building. The building, designed by Swiss architectural firm Herzog & de Meuron with Vancouver’s Perkins & Will, as well as input from Indigenous artists, is intended to reflect a Coast Salish world view and will feature a façade inspired by traditional weaving. It will still be named the Chan Centre for the Visual Arts after the Chan family, who have pledged $40-million to the $400-million project. Other private donors have already committed $50-million; the B.C. government will contribute another $50-million and the City of Vancouver’s land is valued at more than $100-million. “Michael Audain has not requested any recognition on the building,” Kiendl said. “He sincerely wants to see the project realized.” Audain explained in an interview that he felt there were enough Audain galleries in B.C. already: there are spaces at both the University of British Columbia and Simon Fraser University that carry his family name, and he established the Audain Art Museum in Whistler in 2016. Audain, who supported the project after changes to the design placed more emphasis on connecting with the community and West Coast Indigenous culture, said he felt the Chan family should be recognized as the first major donors, who inspired others to get involved. “I never studied art in any formal sense; everything I’ve learned is by visiting public art galleries. The Vancouver Art Gallery has provided me with a broad education, and a place where I’ve had a great deal of enjoyment,” he said. “I’ve always felt I owed a lot to my adopted town and particularly to the Vancouver Art Gallery.” He added that while the art establishment had traditionally given precedence to European traditions, it was important the gallery project recognize that art had been created in the Vancouver region for thousands of years. Audain, 84, was born in the U.K. but is a descendant of B.C.’s Dunsmuir family. He moved to Canada as a boy and was educated in B.C. and Ontario. He recently published a memoir, One Man in His Time, following the winding career path, from student protester and civil rights activist to housing expert, that eventually lead him to the top job at Polygon Homes, where he has overseen the construction of 30,000 homes. He is known as an avid collector of both Indigenous and Canadian art, and as a supporter of wildlife conservation. The VAG will still need to raise another $160-million to get the project built; half of that should come from private sources, Kiendl said, adding that the new larger building maintains the bones of the original proposal but adds two floors on top that will house education programs organized in partnership with community groups. The project is in keeping with current cultural philosophies that stress the social role of museums, greatly expanding the scope of their educational mandates to include community outreach. “It is really reimagining what an art gallery is,” Kiendl said. Sign up for The Globe’s arts and lifestyle newsletters for more news, columns and advice in your inbox.