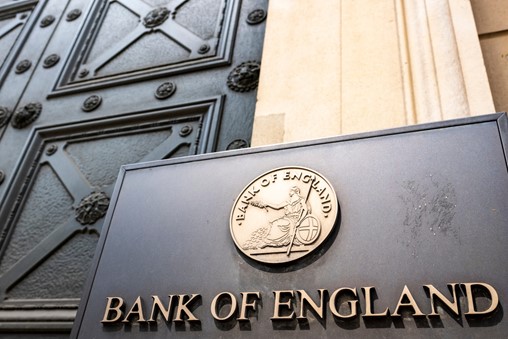 The Bank of England has left official interest rates unchanged at 0.1%. Despite a surge in inflation, the Bank’s nine-strong monetary policy committee (MPC) has decided to leave the cost of borrowing at the emergency level that it has been at since the start of the Covid-19 pandemic. The decision came as a surprise to the financial markets, which had been expecting the MPC to respond to the price pressures caused by the reopening of the economy following lockdown. However, the Bank said it believed the surge in inflation would be temporary and a wait-and-see approach to interest-rate rises was justified. The CBI responded to the announcement with Alpesh Paleja, CBI Lead Economist, saying: “Today’s Monetary Policy Committee decision was always going to be on a knife-edge. On balance, the decision to keep interest rates unchanged is the right one. The upcoming rise in inflation will likely prove transitory, and there is as yet only patchy evidence of rising prices becoming embedded in both wage-setting and households’ inflation expectations “The next few months will be something of a balancing act for the MPC. They will need to navigate monetary policy to both curb any signs of price pressures becoming more entrenched, and support the economic recovery from the pandemic. It’s important to remember that any future changes to interest rates will still leave monetary policy very accommodative, with ample scope to support economic growth going forward.” Speaking about the announcement, Nicky Stevenson, Managing Director at national estate agent group Fine & Country, said: “The status quo has been maintained despite Andrew Bailey expending a lot of energy raising expectations of an imminent hike. “While the delay in raising rates will give first-time buyers, in particular, some breathing space, the concern will continue to be whether this just kicks the inflationary can down the road. “What the housing market, and borrowers, don’t want to see is a series of rapid rises in quick succession. Already, some buyers will feel aggrieved that, thanks to the large hints dropped of the past month, several high street lenders have jumped the gun and increased borrowing costs already. This has already begun to squeeze affordability and with rate rises a question of when, not if, borrowing costs are unlikely to revert back to what they were simply because of a small delay.” Dan Boardman-Weston, CIO at BRI Wealth Management, added his opinion saying: “The BoE has voted by a majority of 7-2 to keep interest rates at the current level of 0.1%. Many were expecting a hike today in the face of rising inflation but the decision is quite finely balanced. Economic growth is showing signs of weakening and a lot of the inflationary pressures that the economy is seeing are global in nature and likely to be ‘transitory’. We’d expect to see some small movements higher in rates over the coming months but the Bank is unlikely to make significant changes given slower growth, the threat of Covid resurgence and the transitory nature of this inflation. We continue to believe that interest rates will stay low in a historic context and that the Bank will be cautious about aggressively responding to this bout of inflation Pete Mugleston, Mortgage Expert and MD of www.OnlineMortgageAdvisor.co.uk said: “It will be welcomed news for those with a tracker mortgage that the base rate has remained the same. However, the indication of a rise in the coming months is essentially just delaying the knock-on effect for those with this type of mortgage. “Throughout 2021, we have seen mortgage rates consistently fall and homebuyers have definitely benefited from this, especially as house prices rise due to such high demand. However, it’s very unlikely that this will continue throughout the rest of the year and into 2022. “Those who have a tracker mortgage that’s in line with the base rate of the Bank of England will likely see an immediate reaction of the interest rates rising on their mortgage repayments. Plus other mortgage products are likely to see their rates rise further down the line, which could impact new and existing borrowers. “Additionally, it’s likely that the extra money people will be paying each month will only cover the increased interest charges, and although they’re paying more each month, they won’t actually be clearing any more of their mortgage debt. “We would advise anyone who is concerned about interest rates rising to apply for their mortgage or remortgage as soon as possible, to ensure they’re able to take advantage of the rates that are currently available.”