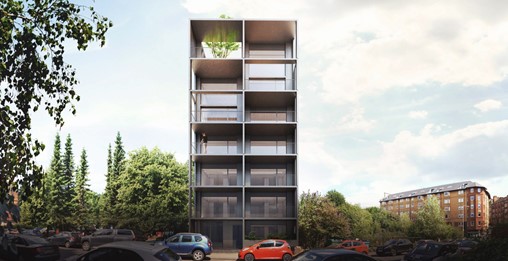 Plans have been submitted for a narrow block of ten apartments on a brownfield gap site in Glasgow’s West End. HJV Consultants has enlisted Elder & Cannon Architects to draw up plans for the seven-storey building at Kelbourne Street. The application is for eight one-bedroom flats and two two-bedroom duplexes with a mezzanine study space. If approved, the development will border a playpark and a piece of land for which Nevis Properties already has planning permission for its 39-flat Botanic Apartments project. Last occupied by a church, the site has been vacant since the 1980s.