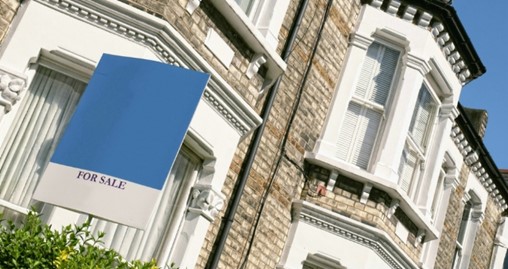 Annual house price growth increased to 8.1% in October, up from 7.4% in September, according to the latest Halifax house price index. The average UK property price is now at a record £270,027 after monthly growth of 0.9%. Wales remains the strongest performing nation or region with annual house price inflation of 12.9%, while Northern Ireland has recorded its strongest growth in four months. House prices also continue to rise in Scotland, with the average property now up 8.6% year-on-year to £190,023. In England, the North West has returned to being the strongest performing region (10.4%, average house price of £205,881), which is also a four-month high. London remains by far the weakest performing area of the UK with annual inflation of just 0.8%, the lowest year-on-year rise in prices seen since February 2020. Russell Galley, managing director of Halifax, said: “UK house prices climbed again in October, as the value of the average property grew by 0.9%, an increase of more than £2,500 during the month. With prices rising for a fourth straight month, the annual rate of inflation now sits at 8.1%, its highest level since June. “One of the key drivers of activity in the housing market over the past 18 months has been the race for space, with buyers seeking larger properties, often further from urban centres. Combined with temporary measures such as the cut to stamp duty, this has helped push the average property price up to an all-time high of £270,027. Since April 2020, the first full month of lockdown, the value of the average property has soared by £31,516 (13.2%). “First-time buyers, supported by parental deposits, improved mortgage access and low borrowing costs, have also helped to drive price growth in recent months. First-time buyer annual house price inflation (+9.2%) is now at a five-month high, and has pushed ahead of the equivalent measure for homemovers (+8.1%). “More generally the performance of the economy continues to provide a benign backdrop to housing market activity. The labour market has outperformed expectations through to the end of furlough, with the number of vacancies high and rising relative to the numbers of unemployed. “With the Bank of England expected to react to building inflation risks by raising rates as soon as next month, and further such rises predicted over the next 12 months, we do expect house buying demand to cool in the months ahead as borrowing costs increase. That said, borrowing costs will still be low by historical standards, and raising a deposit is likely to remain the primary obstacle for many. The impact on property prices may also be tempered by the continued limited supply of properties available on the market.” Sundeep Patel, director of sales at Together, commented: “House prices continue to defy expectations as October’s figures rise to 8.1%, despite the end of the stamp duty holiday on 30th September. "Price growth remains robust with demand continuing to outstrip supply, highlighting the need for the Chancellor’s recommitment of £11.5bn worth of funding towards affordable housing. Indeed, with the Housing Minister’s recent warning that almost four in ten UK properties are 'under-occupied', moves to better open the market for FTBs and younger families with children are being touted. With the pressure of inflation, employment levels and consumer confidence all to play for, the outlook for the UK housing market is not yet clear. Specialist lenders are well positioned to support the evolving financial needs of the public.”