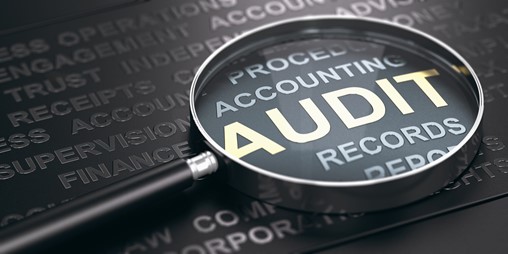 As world leaders gathered together for COP26 to re-focus the global lens on climate issues, an investor group managing roughly USD 4.5 trillion in assets threatened to stop working with the big four auditors (EY, KPMG, Deloitte and PwC) unless they agree to meet higher reporting standards. The group, which includes prominent global asset managers and pension schemes, wrote to the four leading audit firms, cautioning that their reappointment would hinge on their willingness to integrate climate risks into company audits. The investors said that unless these risks are adequately factored in, auditors might be misrepresenting the true health of the companies they examine—and according to recent research, more than 70% of 2020 audits fell short in this regard. Auditing scandals turn the spotlight on the Big Four The climate risk ultimatum, however, is just the latest black mark against the auditing giants. The industry was supposed to face a reckoning after KPMG’s involvement in the Abraaj scandal, during which the auditor’s Middle Eastern affiliate repeatedly signed off on the accounts from the Dubai-based private equity firm, despite multiple red flags. Abraaj founder Arif Naqvi stands accused of diverting money from the company’s investors—including the Bill & Melinda Gates Foundation, the World Bank and the American, British and French governments—in what was apparently an elaborate Ponzi scheme that KPMG Lower Gulf somehow missed in its review of the fund. The fact that KPMG repeatedly signed off on Abraaj’s doctored financial statements is even more troubling considering the close ties between the two firms. Executive Ashish Dave repeatedly transferred back and forth between KPMG and Abraaj, as did a number of other employees, while the head of KPMG Lower Gulf, Vijay Malhotra, had a son who worked at Abraaj. To make matters worse, KPMG was also auditing companies that Abraaj had invested in, such as Air Arabia. While KPMG failed to notice that Abraaj was desperately shifting money between accounts to hide its insolvency, a whistle-blower eventually alerted investors to the titanic problems at the fund. The ensuing scandal resulted in Abraaj’s complete collapse and served to underscore the ongoing problems arising from conflicts of interest between auditors and the private equity groups that employ them. Lessons aren’t being learned It seems, however, that the Abraaj affair hasn’t ushered in the hoped-for changes in the auditing world. EY is currently in the hot seat – and some of its German partners are under criminal investigation – over a headline-making audit of Munich-based payment provider Wirecard that failed to pick up on what prosecutors dubbed ‘a fraud in the billions’. As part of its scrutiny of the company, EY instructed staff to shop with a number of online merchants identified – by Wirecard executives – as clients of the firm’s Asian partners. Despite giving Wirecard a clean bill of health, it later transpired that none of the merchants actually existed and had been set up simply to dupe auditors and disguise the company’s fraud – the vast scale of which only emerged 18 months later. According to the Financial Times, EY was defending the outsourced Asian business right up to the wire – showing reluctance to challenge Wirecard directly, even after the CEO, Markus Braun, was shown to have made numerous misleading statements to investors regarding the audit. While EY denies any wrongdoing, it failed to ask for account information from Wirecard’s Singapore bank, relying instead on documents provided by a third party. PwC, meanwhile, is facing questions over why it gave failing Chinese developer Evergrande a clean bill of health. Hong Kong’s audit regulator is now investigating the company’s 2020 accounts – together with the PwC audit – due to concerns over how accurately its operations have been reported. The Financial Reporting Council (FRC) has claimed that PwC made no reference to the material uncertainties despite the company’s USD 300bn debt burden and recent missed interest payments on its international bonds. Big four break up on the horizon? With questions now looming over the auditors’ approach to climate risks, regulators may well believe they can rightly justify breaking up the big four firms in order to improve regulatory standards. The UK government has estimated that almost a third of audits inspected in 2020 were in need of improvement. Under new proposals, KPMG, Deloitte, PwC and EY would need to commit to more rigorous audits – or face a cap on the number of FTSE 350 clients they would be allowed to service. Importantly, auditors would be prevented from undertaking consulting work for audit clients. It’s hoped that operational separation would help avoid the conflicts of interest that have led to such high-profile audit failures. Government proposals will also see the Financial Reporting Council (FRC) retired in favour of a new statutory body: the Audit, Reporting and Governance Authority (ARGA). This accountancy watchdog would have the power to require auditors and their clients to resubmit accounts without the need for court action. To crack down on the proliferation of so-called ‘rewards for failure’, companies and their directors would also face losing their dividends and bonuses payments for misconduct, publishing inaccurate accounts, or holding insufficient cash reserves. The FRC is also looking for ways to level the playing field for smaller ‘challenger’ firms through a system of ‘managed shared audits’ as part of companies’ audit tender process. While the UK’s proposed shake-up falls considerably short of the reorganisation that some would like to see in the audit sector, it’s hoped that it will be the start of an all-important trust building exercise in a profession that’s sorely in need of reform.