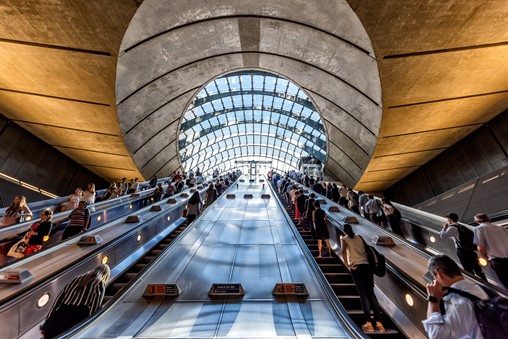 Most workers who were still on the government’s Covid-19 furlough scheme when it closed at the end of September returned to their employers, according to the latest official data. The Office for National Statistics said yesterday that 65 per cent of these employees returned to work on the same hours, while 16 per cent went back with reduced hours and 6 per cent went back with hours increased. Another 6 per cent were either laid off or left their jobs voluntarily. The figures showed that a further 210,000 employees came off the scheme during September – and about half the 1.1 million people still being supported were on flexible furlough working for some of their hours in the workplace. Since the end of April, as restrictions started to ease, 2.4 million people have left the scheme as the economy has reopened. According to the Treasury, 11.7 million jobs were protected under the furlough scheme. It was launched in March last year and initially paid 80 per cent of salaries up to £2,500 a month. About 1.3 million businesses received state support. A further 2.9 million self-employed people were supported by the Self-Employment Income Support Scheme. Rishi Sunak, the chancellor, said: “Our unprecedented furlough scheme helped people when they needed it most. The furlough scheme was a vital piece in the unprecedented package of support the government provided during the pandemic, which protected livelihoods and communities when they needed it most. “As a result of our action the economy is growing, more employees are on payrolls than ever before and unemployment has fallen for eight months in a row. We are now investing billions building a stronger economy of higher wages, higher skills and rising productivity.” In a separate announcement, the ONS for the first time yesterday published data from Kantar Public showing the shelf availability of items, between October 29 and November 1. The lowest was in the “sparkling water” category, with 23 per cent of this item’s availability marked as none or low. Shelf availability was the highest for the “beer” category, at 72 per cent. The shelf availability data is part of the ONS’s Business Insights and Conditions weekly survey showing the impact of the coronavirus on the British economy and society. In other data gathered by the statistics office, figures from Springboard show overall retail footfall across the UK rose by 11 per cent in the week to October 30. This was 89 per cent of the level seen in the equivalent week of 2019.