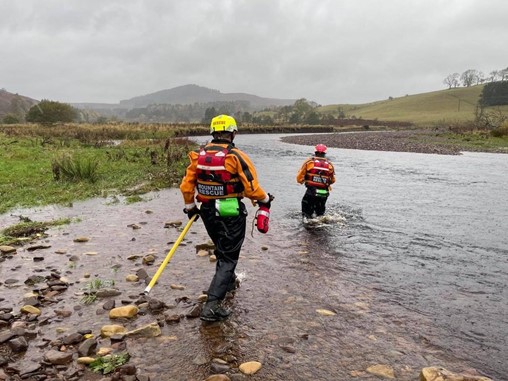 Alistair Maxwell Hamps, 74, had gone fishing on the River Coquet, near Rothbury, on Saturday, October 30. He was reported missing from the Holystone area later that day. A multi-agency incident involving Northumbria Police, National Police Air Service HQ, Northumberland Fire and Rescue Service, North of Tyne Mountain Rescue and Northumberland National Park Mountain Rescue Team was launched. Detailed searches of the River Coquet between Sharperton bridge and Caistron quarry were carried out. Other mountain rescue members were deployed to search areas further away from the river. One of the mountain rescue swiftwater search teams sadly located a body shortly after midday on Sunday, October 31, which was later confirmed as the missing fisherman. Police have indicated there is not believed to be any third-party involvement. The matter has been referred to the coroner and investigations are being undertaken. Support your Gazette and become a subscriber today. With a digital subscription you get access to the ad-lite version of our website, meaning you see fewer ads, enjoy faster load times and get all of the headlines you need with fewer distractions. The Northumberland Gazette has been serving the county since 1854, and your support means we can continue telling your stories for generations to come.