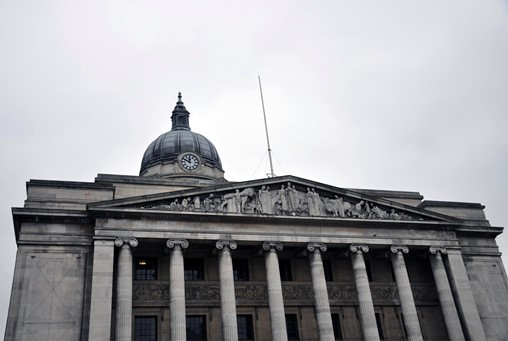 Environmental campaigners from across Gedling will be heading into Nottingham city centre tomorrow (November 6) to demand radical action on climate change. They, along with hundreds of other campaigners from across the city, will gather at the Forest Recreation Ground at 1pm for speeches before marching down Mansfield Road to an event at the Old Market Square at 3pm. The event, organised by the COP26 Coalition for Climate Justice, calls for an end to fuel extraction and the immediate emergency decarbonisation required to stay within a 1.5° C global temperature rise, as well as putting an end to the systemic climate injustice and exploitation of indigenous communities. Speakers at the event will include former Nottingham South MP Alan Simpson, as well as representatives from Nottingham community groups like Stand up to Racism, DIY Poets, and the Pythian Club. Members from more than 30 Nottingham groups will gather for the Global Day of Action for Climate Justice to demand climate equality and reparation to the Global South. Jean Thompson, 71, from Gedling, said she is taking part in the protest as she is worried about the future of the planet and the next generations. She said: “I have children and grandchildren and they are all being affected by changes in the climate that are already happening such as extreme weather, floods, fires, great heatwaves and droughts. “If we don’t stop this, there won’t be enough land to grow food or clean water.” Jean shares the Cop26 Coalition’s demands to stop new fossil fuel investments and infrastructure at home and abroad. She said: “The oil, coal and gas companies are the ones who are causing the problem. “There is an alternative. Clean energy, but unfortunately, we are already locked into global warming. “It is already in the system. It is already happening.” The 71-year-old pensioner also said that the local council can do a lot to reduce net carbon emissions. But she feels that local authorities are limited by the big fossil fuel companies and investment banks. She added: “The government has declared a climate emergency. What we want to do is to hold the government to account. “Their job is to look after people, not fund fossil fuel.” A statement from the Nottingham COP coalition reads: “2021 has seen floods and hurricanes to some of the biggest wildfires in history. “The poorest people in the world and the Global South are disproportionately affected by these events, and this is already forcing a rising number of children from their homes with no way back.” People from local groups will also take part such as the Green Party, the Woodland Trust, the Gedling Conservation Trust, and the RSPB among others. You can view the full list of demands here.