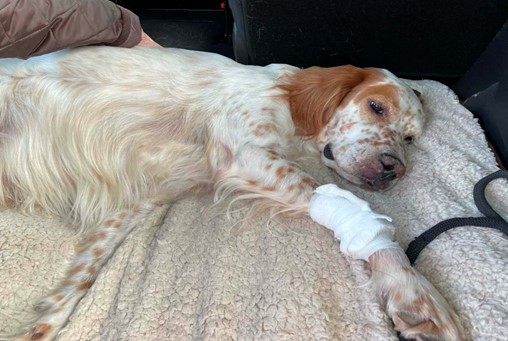 Firefighters from Carlton was called to rescue a dog who got into difficulty at home. The crew from Carlton Fire Station called at a property after a report of a dog in distress yesterday (November 7). The pooch was in pain after getting his paw got stuck inside a seat mechanism at home. A spokesman for Nottinghamshire Fire and Rescue said: “Crews released the dog by using hydraulic cutting equipment and then giving him first aid treatment.” The dog is now recovering after being examined by a vet.