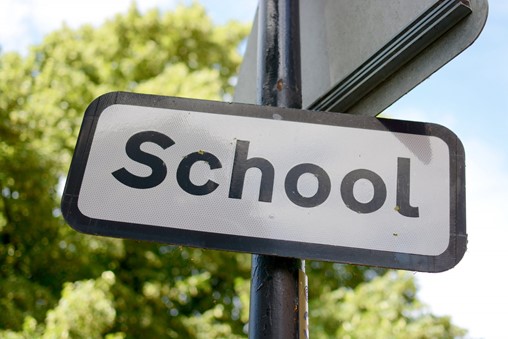 Last week at the COP26 conference, the Let’s Go Zero coalition handed a letter to the secretary of state for education, calling for policies and funding to make all UK schools zero carbon by 2030 The coalition is supported by more than 700 schools and represents over 300,000 pupils and 40,000 members of staff. Members of the coalition include the National Education Union, Global Action Plan, IKEA, WWF, the Church of England, and is coordinated by climate solutions charity Ashden. The letter was signed by Harriet Lamb, CEO of Ashden; Peter Jelkeby, country retail manager UK & Ireland and chief sustainability officer of IKEA; Kevin Courtney, joint general secretary of the National Education Union; Nigel Genders, chief education officer of the Church of England Education Office; Emma Knights OBE, chief executive of National Governance Association, alongside Tanya Steele, CEO of WWF UK and Sonja Graham, CEO of Global Action Plan. The letter details how backing zero carbon schools will play a major role in reaching the government’s target to cut carbon emissions by 78% by 2035, and in the levelling up agenda. Decarbonising schools and colleges by investing in modern buildings and technology, alongside energy regeneration and green spaces, will not only cut school energy consumption, but also drive job creation in the near future. A nationwide schools and colleges retrofit programme would create thousands of new, skilled jobs, and bring economic benefits in local communities. The retrofit programme would also contribute to building the companies, supply chains, and skills base required for decarbonising homes and other buildings across the country. Retrofitting the UK’s schools would also ensure that green economic activity is spread equally, from rural villages to inner cities. The campaign also includes a call to help schools put climate action at the heart of their teaching. Demands from the campaign include: Government commitment to zero carbon schools by 2030, with long-term and consistent policies and funding. Investment in training teachers in education for sustainable development across the curriculum, and in equipping colleges and schools to give all learners a connection to nature. Adapting and retrofitting the school estates. The Department for Education commitment to improving building specifications to ensure all new school buildings from 2022 onwards will be net zero carbon. By 2025, every school is mandated to have a funded Climate Action Plan that provides step-by-step guidance cutting through the current complicated procedures that will result in zero carbon status. Sustainability to be embedded as a statutory feature of careers guidance in UK schools by 2025. ‘Accelerating decarbonisation in education’ Harriet Lamb, CEO of Ashden, said: “There is massive untapped potential to accelerate decarbonisation in education, and we also hope to respond to those young people calling for change, and to inspire and educate the whole next generation to make sustainable, healthy choices in their lifestyle. “Young people are a leading force in shaping public discourse around climate change, this letter presents their demands and sets out a credible path forward for the secretary of state to take.”