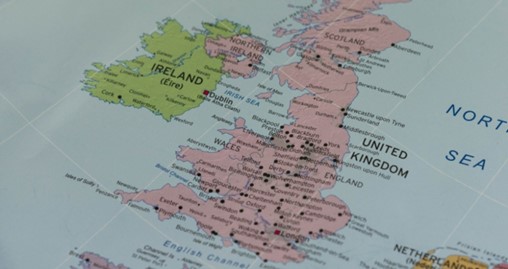 intelliflo has launched an 'Advice Map of Britain', highlighting advice gaps across the UK. Based on intelliflo’s data from three million financial advisers’ clients, the Advice Map of Britain reveals how widely advice is accessed, and found that engagement with financial advice varies considerably across age, relationship status, gender, and geographical location. People in their 50s are the most likely to receive advice, with data showing that a quarter (25%) of people receiving advice fall into this demographic. Second are those aged 60-69 (21%), and third, those aged 40-49 (16%). In comparison, people in their 30s represent 11% and under 30s represent just 5% of all people being advised across the UK. When looking at relationship status, most people receiving advice are married or in a civil partnership (66%). In comparison, 23% of people receiving advice are single or cohabiting, meaning that single people are almost three times less likely to receive financial advice than people who are married. 6% of those receiving advice are divorced and 5% are widowed. Across the UK, intelliflo’s data shows that 46% of people receiving professional advice on their finances are women and 54% are men The North East has the largest gender advice gap, where the split between women and men is 44% to 56% respectively, whereas London has the narrowest gap of 48% women to 52% men. The data also reveals the postcode hotspots where the greatest number of people are receiving financial advice. The top 10 postcodes (together making up 1.4% of the total sample size) are SL6 – Slough, IM2 – Isle of Man, LE12 – Leicester, BA2 – Bath, PH1 – Perth, IV2 – Inverness, AB15 – Aberdeen, CF14 – Cardiff, AB51 – Aberdeen, and TQ12 - Torquay. When broken down regionally, the West Midlands (8%) is where the greatest proportion of the local population are receiving advice, according to intelliflo’s data, followed by the South West and Scotland. London has the fewest people proportionally benefitting from the value of advice. Nick Eatock, CEO of intelliflo, commented: “Financial advice can make a positive difference to someone’s personal circumstances, especially during challenging economic times. Yet, we can see that engagement with financial advice varies quite considerably, whether that’s a result of where you live, your age or relationship status. “We believe we’re facing a massive opportunity for change in 2021 driven by a rapid acceleration in the adoption of technology, which plays a vital part in reducing the cost of onboarding a new client and delivering advice to smaller savers. With 60% of advisers reporting better adoption of technology with their clients over the pandemic, I believe this will mark a turning point in the way that people are able to access and engage with financial advisers and receive the professional advice they need on complex financial matters.”