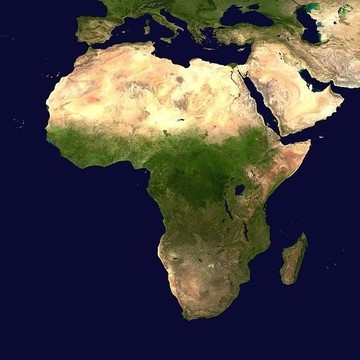 Kerry Merritt, Total Telecom In a day of big announcements, Vodacom has set out plans to acquire a controlling stake in Vodafone Egypt and to acquire a create a fibre joint venture InfraCo. Vodacom Group has agreed terms with Vodafone to acquire a controlling stake of 55% in Vodafone Egypt. The proposed transaction, which is subject to regulatory and shareholder approvals, is valued at approximately R41 billion or $2.738 billion. Vodacom will fund the acquisition by issuing 242 million new ordinary shares at R135.75 per share and R8.2 billion in cash. Vodafone Egypt is the largest mobile network operator in Egypt with 43% revenue market share. It is also the country’s largest mobile wallet provider through Vodafone Cash. Shameel Joosub, CEO of Vodacom Group, said: “Acquiring a majority stake in Vodafone Egypt would cement Vodacom Group’s position as Africa’s leading techco by advancing our strategic connectivity and financial services ambitions while increasing our total population coverage…Vodafone Egypt is ideally positioned to capture growth in a burgeoning ICT market, which means the proposed acquisition provides our shareholders with an exciting revenue and profitability diversification opportunity and the potential to accelerate the Group’s medium-term operating profit growth potential into double digits.” Separately Vodacom Group also announced today that it has agreed terms to acquire a strategic stake in Community Investment Ventures Holdings’ (CIVH) fibre assets and to create an InfraCo. The plans, which are also subject to regulatory approvals, would see Vodacom hold a co-controlling 30% equity interest in the newly formed InfraCo, with an option to acquire an additional 10% stake to increase to 40%. The joint venture would include all the material assets currently owned by CIVH’s subsidiaries, dark fibre provider Dark Fibre Africa (DFA) and wholesale open-access fibre operator Vumatel, in addition to certain Vodacom-owned fibre assets. DFA’s national metro fibre network spans 13,000km and Vumatel’s FTTH network passes more than 1.2 million homes via 31,000km of fibre. Vodacom will pay for the transaction through R6 billion cash and the contribution of its FTTH, FTTB and B2B transmission access fibre network infrastructure which is valued at R4.2 billion. Vodacom’s CEO said: “Our agreement with CIVH aligns with Vodacom Group’s strategy to build high quality and resilient fixed and mobile networks with and through selected strategic partnerships across the African continent.” CIVH Group’s CEO Raymond Ndlovu added: “This milestone investment will boost our ambitious fibre roll-out programme across the country and assist in narrowing the digital divide by enabling affordable access to connectivity in some of the most vulnerable parts of our society.” Since you're here... ...the Telecoms industry is characterised by constant change and evolution. That's why it's crucial for telecoms professionals to keep up-to-date with what is happening. Join 35,000+ of your peers and sign up to our free newsletter service today, to be in the know about what is going on. PLUS, as a member you can submit your own press releases!