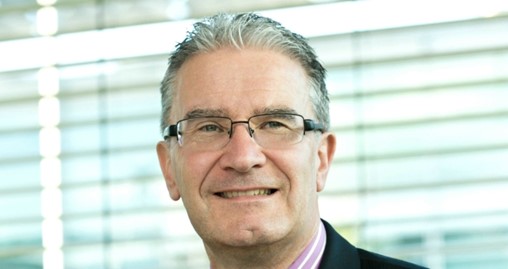 "We are not quite where we were in terms of high LTV product numbers for first-timers or remortgagors before the pandemic, but we are inching up each month, and the pricing is looking ever more competitive." Take, for instance, the early part of November when it appeared we were all hanging on word from Threadneedle Street about whether rates might be on the up again, with the anticipation being that a rise was imminent. In the end, the status quo was held but this will no doubt increase the ‘frenzy’ around what might happen at December’s MPC meeting, especially with the markets seemingly ‘baking in’ an increase to 0.25%. BBR rises have been like ‘hen’s teeth’ over the last decade and it’s perhaps not surprising that the mortgage market is using the opportunity to suggest ‘now is the time to remortgage before rates rise’. That is a message which should certainly hit home for some borrowers, particularly if Barclays' recent statistics of around half of borrowers never having remortgaged, are true. However, the reality of the situation is that rates have been shifting for some weeks and they have not just been moving upwards in anticipation of a BBR rate rise, which as we know, doesn’t always have the direct correlation with mortgage rates that some consumers might be led to believe. Unless the product is directly tracking the BBR of course. Each month I look at the high LTV mortgage options available, particularly for first-timers, the product numbers which are accessible to those buying an ‘averagely priced UK house’, and the potential rates they can access. Just over the last month there has been a noticeable, and I would say welcome, shift in terms of pricing. For instance, if you’re a first-time buyer with a 5% deposit looking to buy a property priced at the Halifax house price average of just over £270k, then you currently have around 187 95% LTV products to choose from. That’s up on 170 from last month, but what is more interesting is the ‘Best Buy’ pricing. Last month the best two-year fix at 95% LTV was 2.67%; this month it has dropped to 2.45% with a 2.39% discount also available. In the 90% LTV space we have also seen a slight increase in products and a drop in the ‘best’ rate – first-time buyers can access 452 products (up from 448) and the best two-year fix is priced at 1.65% compared to 1.79% last month. These might not seem huge shifts in pricing but they show that lenders are opting to re-evaluate in favour of higher LTV product pricing, and slightly away from their previous 2021 bias towards ultra-low rates at low LTVs. For instance, during September and October it was possible to pick up some eye-wateringly low rates if you had a client with 40% equity/deposit and over. Sub-1% five-year deals were not uncommon and there was clearly a big focus on this area from lenders seeking, what they will perceive to be, lower-risk business. That has now shifted, albeit slightly, with pricing having inched upwards in the 60% LTV band – while there are sub-1% two-year deals on offer, they are not so plentiful in supply and five-year deals now appear to be some way away from 1% rather than below it. Now, of course, this is all relative. In historical terms were you to pick up a five-year fix for 1.25%, or thereabouts, you would effectively be securing a deal that few people had ever secured, it’s just that a month or so ago, you might have been paying 30 basis points less. However, where we should perhaps be pushing a much more positive keener message is around the pricing cuts at higher LTVs. For instance, when the Government launched its Guarantee Scheme in March, the first lenders coming to market with 95% LTV products were pricing those deals closer to 4%; now 5% deposit clients with the right circumstances, who meet affordability/income measures, etc, could pick up a deal closer to 2.5%. That wouldn’t have seemed possible eight or so months ago, and this – and the rate cuts at 90% LTV – are worth shouting about. Many in our marketplace have criticised lenders for focusing far too much on borrowers with big deposits/equity, but that doesn’t appear to be the case right now, and hopefully won’t be in the months to come. We are not quite where we were in terms of high LTV product numbers for first-timers or remortgagors before the pandemic, but we are inching up each month, and the pricing is looking ever more competitive. That may allow many more clients to cut the costs of their mortgage for a number of years to come – as an advisory community that opportunity should not be overlooked, because in the turbulent world of the mortgage market, we can never be quite sure how long the current situation will last for.