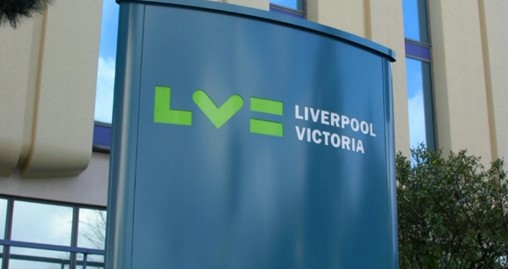 LV= previously rejected a takeover bid from Royal London, instead accepting a deal from US private equity firm Bain Capital for £530m. However Royal London has reportedly proposed a new deal to Bain Capital that involves the "dismantling of LV=". LV= confirmed that an e-mail was received from Royal London last week, almost a full year after its transaction with Bain Capital was announced. The Board of LV= says it continues to unanimously recommend the transaction with Bain Capital to its members ahead of a vote on 10th December. In its statement, LV= explained that although Bain Capital offered a materially lower bid, Royal London's offer "had material due diligence outstanding which could have further impacted value and/or risk to LV= members". LV= added that it was "surprised and disappointed" that Royal London declined its request to progress its due diligence investigations during the final stages of the process, despite being offered exclusivity as a result. LV= concluded by saying that the latest statement from Royal London proposing a three-way transaction with Bain Capital "underlines its lack of interest in supporting LV='s new business franchise and its intentions to break-up LV=". It added that "to describe Royal London's proposal as offering 'a mutual alternative, more favourable to LV= members', is grossly misleading". Alan Cook, chairman of LV=, commented: "Despite having every opportunity, Royal London failed to submit a superior best and final offer, and therefore the Board unanimously concluded that the better value, certainty, investment and structure of Bain Capital's proposal would be in the best interests of our members. "The Board of LV= is clear that at no point have any of Royal London's proposals included an offer for membership rights or continuation of mutuality for LV= members, contrary to media speculation. Given this context, the Board of LV= believes it is unfair and misleading to characterise any proposal from Royal London as preserving mutuality or offering a real mutual alternative. "We are also surprised and disappointed by the timing of Royal London's intervention, which comes more than a year after we terminated our confidential discussions and is seeking to destabilise the conclusions of our comprehensive strategic review, in close proximity to what is a very important vote for our members. "Given our Special General Meeting on 10 December, we are seeking to clear up the fog for our members and remove all the uncertainty and confusion that has been created for our members ahead of what is a very important vote. The Board of LV= continues to unanimously recommend the transaction with Bain Capital to its members ahead of the Special General Meeting on 10 December." David Barral, Senior Independent Director of LV=, added: "The proposed transaction with Bain Capital continues to represent the best outcome for members given its attractive valuation and the enhanced and accelerated pay-outs to LV= members, the certainty offered by removing any business risk from the With-Profit Fund, the release of capital to support LV='s defined benefit pension scheme liabilities and repay LV='s debt whilst also distributing value to members and the on-going investment by Bain Capital in LV='s franchise and brand. These attributes are far superior to any proposal received from other third parties, including Royal London. "The Board therefore continue to unanimously recommend to LV= members to vote in favour of the proposed transaction with Bain Capital."