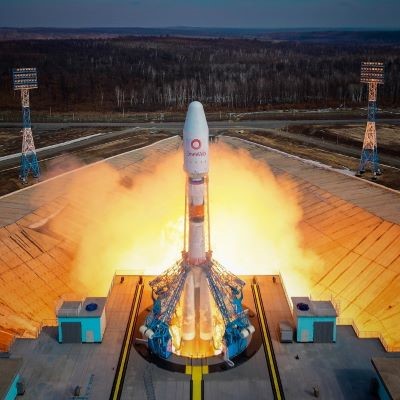 by Harry Baldock, Total Telecom The latest figures revealed that OneWeb paid $49.3 million in fees to bankers, lawyers, and advisors in order to dig itself out of bankruptcy UK satellite company OneWeb has seen a meteoric rise since initially filing for bankruptcy in March 2020. Since then, saved by an initial combined $1 billion investment from the UK government and India’s Bharti Global, OneWeb has gone on to attract over $2.7 billion from various investors, including Eutelsat, Hanwha, and SoftBank. Now, the company is targeting global coverage of its low Earth orbit (LEO) satellite constellation, looking to increase the number of devices it has in orbit from 358 today to 648 at some point next year. The company has also been very active in seeking out partners for its budding constellation, including major deals with AT&T in the US and BT in the UK earlier this year, with both operators pledging to use satellite connectivity to fill not spots in their network coverage. But it is not only major operators that OneWeb is targeting. Earlier this month, the company also participated in a demonstration for the US military alongside fellow satellite operator Intelsat, showcasing an integrated geostationary Earth orbit and LEO broadband service. The demonstration showed two-way voice and data downloads in an effort to convince the Army to purchase managed satcom services, rather than satellite services from individual providers. While this exploration of seamlessly integrated LEO and GEO satellites from different companies is certainly impressive, it does pose some interesting questions from a military standpoint; these satellites would theoretically be carrying commercial traffic alongside the sensitive military data, creating a considerable challenge when it comes to network security. But while it seems clear that OneWeb is now going from strength to strength, being dragged out of bankruptcy is not cheap. With the company releasing financial figures earlier this week, we now have some small insight towards answering the question: just how expensive is being rescued from bankruptcy? According to the company’s published accounts, OneWeb paid $49.3 million in fees to bankers, lawyers, and various other advisors to cover the selling costs of its former shareholders. These shareholders included Airbus, Hughes Network Systems, Intelsat, Qualcomm, Virgin Group, and SoftBank. But while this may seem like a lot, the value of OneWeb’s assets more than justify the cost. While OneWeb generated a $58.3 million operating loss in the 12 months leading to the end of March this year, the company’s assets have increased in fair value by $430.4 million. Overall, OneWeb is now targeting annual revenues of over $1 billion within five years of full deployment. Clearly, the outlook for satellite broadband looks broadly positive, but it is not without its challenges. With the enormous number of devices being launched into the atmosphere, the growing prevalence of space debris is becoming an increasingly troubling issue. Indeed, this problem has been thrown into stark relief this week, when a Russian anti-satellite missile test destroyed a defunct Soviet LEO satellite, creating over 1,500 pieces of trackable orbital debris, with potentially hundreds of thousands smaller pieces left undetectable. The news saw crew of the International Space Station scurry to their SpaceX Dragon capsule in case the Station was compromised, though no collisions have so far been reported. The weapons test has been condemned by numerous bodies around the world, with NASA calling it a “reckless and dangerous act”. The creation and agitation of space debris could have long-term consequences for satellite and space travel for years to come, impacting numerous services which rely on orbital devices, from weather forecasting and GPS to phone and broadband connectivity. Sadly, as space becomes only more crowded, these issues will only grow more exacerbated. In related news, OneWeb noted this week that one of its satellites had malfunctioned and would need to be de-orbited. The craft was part of a batch launched early last year, with the issue arising during a software update. Other satellites in the same launch batch completed the software update without issue. Want to keep up to date with the latest developments in the world of telecoms? Subscriber to receive Total Telecom's daily newsletter here Also in the news: Natale out, Staffieri in: Rogers boardroom infighting continues Telstra to begin its push into energy resale next year American Tower buys CoreSite for $10.1bn to prepare for edge computing boom Since you're here... ...the Telecoms industry is characterised by constant change and evolution. That's why it's crucial for telecoms professionals to keep up-to-date with what is happening. Join 35,000+ of your peers and sign up to our free newsletter service today, to be in the know about what is going on. PLUS, as a member you can submit your own press releases!