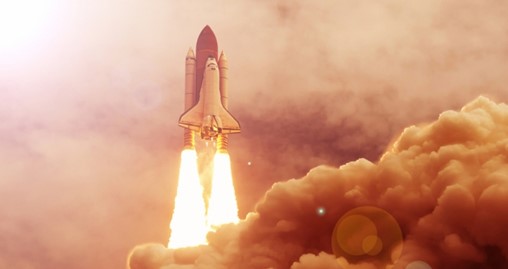 CPI increased by 1.1% over the month, compared with no change in October 2020. CPIH inflation, which includes owner occupiers’ housing costs, rose by 3.8% in the 12 months to October, up from 2.9% in September. The largest upward contribution to the CPIH inflation rate came from housing and household services, with further large upward contributions from transport, restaurants and hotels. Daniel Casali, chief investment strategist at Tilney Smith & Williamson, commented: "Following the relatively healthy labour data out on Tuesday, today’s inflation release will increase the pressure on the Bank of England to finally raise interest rates. The BOE will be aware that when it failed to raise interest rates at its 4 November meeting it weakened sterling and created another source of inflation through higher import prices. The BOE may be reluctant to make the same mistake again when the Monetary Policy Committee meets next on 16 December. Richard Carter, head of fixed interest research at Quilter Cheviot, said: “At 4.2%, this is the highest 12-month inflation print since November 2011, up from 3.1% in September. The main contributor comes from electricity, gas and other fuel price increases, which are particularly sharp given the government’s increase in the energy price cap in October, on top of the previous cap increase in April 2021. “12-month inflation rates for electricity and gas stand at a staggering 18.8% and 28.1% respectively, the highest annual rates since 2009. With petrol prices the highest since September 2012, motor fuel price hikes were also a big contributor to the elevated CPI numbers. All these goods registered price reductions as the pandemic began in March and April 2020. “This morning’s print suggests we should be braced for a showdown at the next MPC meeting in December, where all bets will be on a rate hike. Particularly given we now have more information on the state of the labour market in the UK, which seems to be transitioning from the end of the furlough scheme well. Yesterday’s employment numbers showed a 0.5% reduction in the unemployment rate between the second and third quarter of the year, despite the unwinding of the furlough scheme. “Some may say that the heightened inflation is evidence that the Bank of England should have acted already and started the process of tightening monetary policy. But really what’s causing the heightened price increases in the energy market is a perfect storm of factors that are all feeding through at the same time. It’s not clear how a modest 0.15bps rate hike would have any impact on the heightened prices in the electricity and gas market. Normal monetary levers might not be effective.” Dan Boardman-Weston, CIO at BRI Wealth Management, commented: "The level of inflation is going to keep getting worse over the coming months as supply stays stretched, demand stays robust and base effects technically push the rate of inflation higher. This is undoubtedly going to put pressure on the Bank of England to raise rates, which we suspect they will have to do in the next few months given the high levels of inflation and robust labour market. Nothing we see leads us to believe that this inflation is permanent and as we start heading into Spring next year the figures will start falling rapidly. The Bank of England needs to be careful that they’re not too hasty in tightening monetary policy as a policy misstep could do more harm to the economy than this transitory inflation we are witnessing.” Robert Alster, CIO at wealth manager Close Brothers Asset Management, added: “UK-wide supply issues have pushed up prices and triggered a headline-grabbing jump in CPI; the Bank of England will be keeping a close eye on key indicators in the months to follow. Wage growth will be critical which, depending on October’s unemployment reading, will determine how consumption behaviour will hold up against climbing prices. October’s reading is vital, as it will be the first accurate read of a post-furlough Britain. The Bank will also need to see whether the supply chain tightness is transitory. More concerning though is whether long-term inflation expectations remain anchored; should expectations drift away from the 2% target, policy measures will lose their effectiveness and the bank risks losing credibility. “As for the hotly anticipated December interest rate hike, we may see the Bank acting more cautiously than previously expected. Ultimately, the impact of rising inflation on consumer spending and confidence will be a critical measure of stability, and determine how hawkish the Bank needs to be; we may well see the rate rise kicked into 2022.”