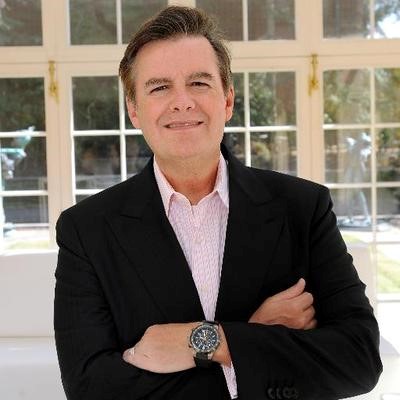 by Harry Baldock, Total Telecom Tony Staffieri will take over the position of CEO from Joe Natale on a temporary basis, with the board now beginning its search for a permanent appointee Back in March, Canadian telco giant Rogers announced that it had reached an agreement to acquire rival Shaw for around $26 billion, a move that would shrink the number of mobile players in the market from four to three. The deal was met with uncertainty from onlookers, many of whom lamented that it would reduce customer choice and increase prices in an already dysfunctional mobile market. As a result, strict regulatory conditions are set to be attached to the deal, the extent of which are still being decided. Now, complications surrounding the handling of the deal itself have seen existing CEO Joe Natale leave the company, to be replaced by former CFO Tony Staffieri as interim CEO, following a clash with chairman Edward Rogers (pictured), son of Rogers’ founder Ted Rogers. The surprisingly public dispute first became apparent in September, when Edward Rogers attempted to remove Natale as CEO, suggesting that he was mishandling the merger. Rogers’ replacement of choice was longstanding CFO Staffieri, who he described as a key part of the Shaw deal and “amongst the most highly regarded and seasoned telecommunications executives in the industry”. However, Edward Rogers’ fellow board members, including his mother and two sisters, all of which are company directors, disagreed with Natale being forced out, and it was Staffieri who left the company in the ensuing fracas. Soon afterwards, Edward Rogers himself was removed as chairman of the company. However, he would not go down without a fight. Rogers quickly used his position as chair of the Rogers Control Trust, which owns to majority of the company’s shares, to name a new board that supported hm as chairman. The legitimacy of this new board was immediately thrown into question, leaving Edward’s family members incredulous over his decision. "Edward has miscalculated his legal position. There is no precedent by which he can simply fire five independent Rogers directors and replace them at a whim," Melinda Rogers-Hixon, Edward's sister and vice-chair of the Rogers Control Trust. “The law is clear, and as the company stated today, directors of public companies are removed at meetings of shareholders, convened after proper notice and with full disclosure to all shareholders. While Edward appears unwilling to grasp this basic fact, this doesn't make it any less true or relevant in this case." The conflict eventually finding its way to the British Colombia Supreme Court, however, which eventually upheld Rogers’ decision. This ruling left Natale’s position as CEO somewhat untenable. Edward Rogers said on November 5th that Natale would remain as CEO and director of Rogers and had “the board’s support”, but ultimately an agreement could not be reached, now seeing Natale exit the business for good. Now, with Staffieri reinstated as interim CEO, the board will reportedly begin their search for someone to fill the position permanently – with Staffieri himself a potential candidate. Throughout this struggle, the elephant in the room has been how the clash will affect the massive Rogers–Shaw merger itself. Rivals have seized the opportunity to call for the merger with Shaw to be paused, with some analysts suggesting that shareholders could call off the merger. However, in a note to investors back in October, however, J.P.Morgan, who are overseeing the merger, said the ongoing legal struggle would not affect the deal. The next step in the merger process will take place next week, with a hearing scheduled bey the Canadian Radio-television and Telecommunications Commission. Want to keep up to date with the latest developments in the world of telecoms? Subscriber to receive Total Telecom's daily newsletter here Also in the news: Telstra to begin its push into energy resale next year American Tower buys CoreSite for $10.1bn to prepare for edge computing boom Airbus's solar-powered Zephyr UAV set to deliver broadband to remote regions Since you're here... ...the Telecoms industry is characterised by constant change and evolution. That's why it's crucial for telecoms professionals to keep up-to-date with what is happening. Join 35,000+ of your peers and sign up to our free newsletter service today, to be in the know about what is going on. PLUS, as a member you can submit your own press releases!