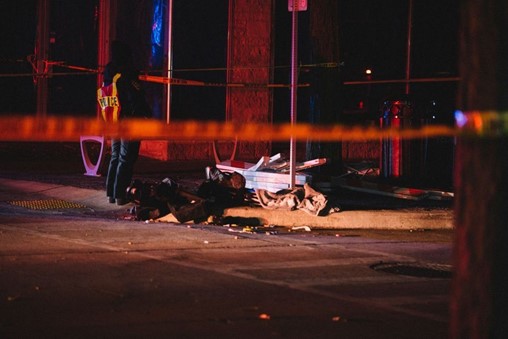 Five people have died and over 40 injured after a car drove through a Christmas parade in Wisconsin, US. A red SUV hit scores of people including children in the city of Waukesha, about 20 miles from Milwaukee, at around 4.40pm local time. In one social media video, a woman can be heard saying “Oh my God” repeatedly as a group of dancers were struck by the vehicle. Mayor Shawn Reilly said it was a “traumatic” time for the city, he added: “My heart goes out to all those affected by this senseless act." ‘Person of interest’ in custody Officials said that a “person of interest” was in custody and being questioned overnight. Police were also looking into the possibility that the suspect had been involved in an earlier incident and was fleeing when the vehicle reached the parade, according to reports. Police chief Dan Thompson said the SUV had been recovered and that the investigation was “very fluid”. He added that police had fired at the car to try and stop it as it crashed through street barriers. ‘My wife and two daughters were almost hit’ Corey Montiho told the Milwaukee Journal that his daughter’s dance team was hit by the vehicle. He said: “There were pompoms and shoes and spilled hot chocolate everywhere. "I had to go from one crumpled body to the other to find my daughter. "My wife and two daughters were almost hit. Please pray for everybody. Please pray."