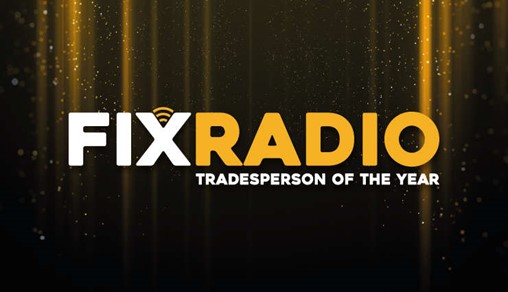 Tradesperson of the Year Fix Radio, in partnership with UK Construction Week is looking to reward the country’s leading tradesmen and women. Held alongside the country’s leading construction tradeshow in May, the awards event will celebrate excellence across the construction sector. Over the next five months, Fix Radio will source nominations across a range of categories, looking to celebrate excellence, and champion innovation across the construction trades. Nominations will close at the end of March. The winners will be chosen by a panel of industry experts and announced at a ceremony hosted by Clive Holland at the London edition of UK Construction Week in May. Nomination Criteria Awards are given for individual performance between Jan 2021 and March 2022. Awards are given to individuals, and not companies. For example, a plumber or electrician working for a large contractor may enter, but the award entry is in his or her name, and not the name of the company. A carpenter working for a contractor can be nominated, but a contractor cannot be nominated for hiring great carpenters. Companies my enter entries in more than one category if appropriate All nominations must be submitted via the Fix Radio website (www.Fixradio.co.uk) All nominations must be submitted by 31st March 2022. Nominations should be no longer than 1,000 words. Where relevant nominations can include photos or video of completed work. Nominations will be judged by a panel of experts drawn from the industry. For questions on the nominations process, please email: awards@fixradio.co.uk Additional award categories may be presented at Fix Radio's editorial discretion.