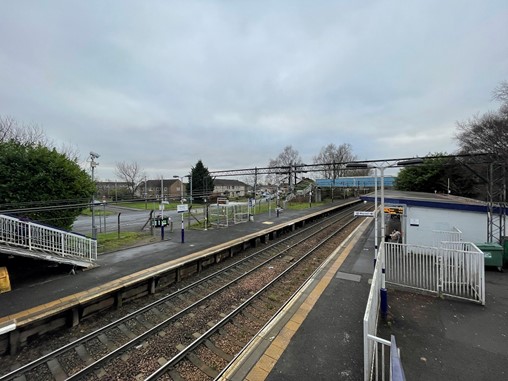 Work to improve platforms at Drumry station will start this January following a £2.2 million investment from Network Rail set to replace the old rail platforms in Scotland. The project will create more modern and easily maintained surfaces as part of the company’s present railway investment in the region. Upon completion, the Drumry station platforms will be well protected from the elements, with upgraded drainage which will reduce the risk of puddles and smoothed surfaces to remove tripping hazards. The rail commuters in Drumry will face around five months of disruption to their trips during the new year. The station will still be operating with one platform during the construction period. Read also: Hornsea 2 Wind Farm Officially Starts Producing Power Enhancing railway performance and reliability. During the first construction phase starting from January 23 to April 3, passengers who will be travelling east to Drumry will alight the train at Drumchapel and return back to Drumry on the next train. During the second phase, starting April 4 to June 12, passengers proceeding west to Drumry will travel to Singer returning back to Drumry on the next train. The Network Rail, route delivery director, Kevin McClelland, stated: “This platform upgrade scheme is designed to enhance comfort and safety for people moving around the platforms at Drumry station. “The investment made is not only set to protect the platforms against the long-term elements but will also enable better traveller distribution along each of the platforms which will contribute towards enhancing railway performance and reliability.” David Lister, the safety, engineering and sustainability director at ScotRail stated: “This is essential effort that will make underfoot states on the platforms at Drumry station more comfortable and much safer for our customers, mostly during the winter seasons. “It’s yet another significant piece of the multi-million-pound maintenance project being developed across Scotland’s Railway to upgrade reliability and performance on the rail network.”