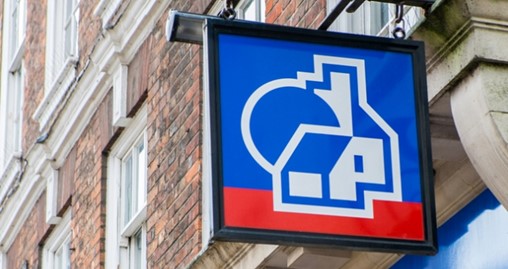 The changes will see rates on selected two and five-year fixed rate products up to 95% LTV and on selected two-year tracker rates up to 85% LTV increase by between 0.05% and 0.20%. The Society’s three-year fixed rates will no longer match the equivalent two-year products and as a result will increase by between 0.05% and 0.45%. First-time buyer rates have increased by 5bps, with a five-year fixed rate at 60% LTV available from 1.52%, a two-year fix at 85% LTV rising to 1.54%, and a two-year tracker at 80% LTV now at 1.24%. For new customers moving home, rates have increased by between 5-10bps. A five-year fix at 75% LTV has risen to 1.54%, a two-year fix at 85% LTV to 1.44%, and a two-year tracker at 80% LTV to 1.19%. Selected two and five-year remortgage rates have risen by 10bps, with a two-year fix at 60% LTV increasing to 1.44% and a five-year fix at 80% LTV to 1.94%. A three-year fix at 75% LTV has increased by 0.20% to 1.64%. All products come with a £999 fee. The Society is increasing shared equity rates by up to 0.10% on selected five-year fixed rates between 60% and 75% LTV. For the Society’s existing members moving home, Nationwide is increasing rates by between 0.01% and 0.40% on selected fixed and tracker products up to 95% LTV. Switcher and additional borrowing rates will also increase by up to 0.45% on selected fixed and tracker mortgages. Nationwide has also announced adjustments to mortgage rates for existing variable rate borrowers in line with the 0.15% increase in the Bank of England Bank Rate. As a result, borrowers who are on the Society’s Base Mortgage Rate (BMR) and Standard Mortgage Rate (SMR) products will see a rise of 0.15%. The new rates of 2.25% (BMR) and 3.74% (SMR) will come into effect on 1st February 2022. Henry Jordan, Nationwide’s director of mortgages, said: “We regularly review our mortgage range and these latest changes to our new business and switcher rates are reflective of the current environment. With swap rates continuing to increase, fixed rates have begun to move upwards and our new rates follow changes made across the mortgage market. We are also increasing our BMR and SMR rates in line with the Bank Rate rise. We are announcing these now to give borrowers certainty about what their payments will be from 1 February as well as time to consider switching to one of our fixed or tracker products, all of which are priced the same or lower than our equivalent remortgage rates.”