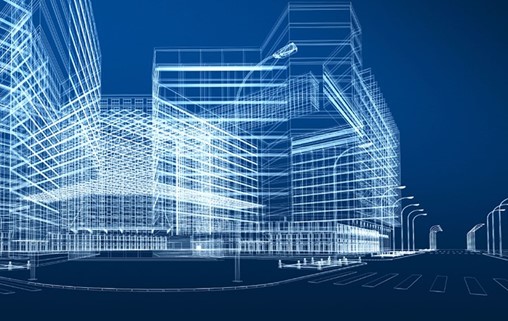 December PMI data pointed to another solid increase in business activity across the UK construction sector, but the rate of expansion slipped to its lowest since September. On a more positive note, the number of construction firms reporting supplier delays dropped from 47% in November to 34% in December. Meanwhile, around 5% of the survey panel reported shorter lead times among vendors (up from 4%). The resulting index signalled the least marked downturn in supplier performance since November 2020. Fewer supply shortages contributed to the slowest rate of input price inflation for nine months. The headline seasonally adjusted IHS Markit/CIPS UK Construction PMI Total Activity Index posted 54.3 in December, to remain above the crucial 50.0 no-change threshold. However, the latest reading was down from 55.5 in November and signalled the weakest rate of expansion for three months. Some survey respondents noted that tighter pandemic restrictions and rising COVID-19 cases had acted as a brake on recovery, especially in the commercial sector. Residential construction activity saw the strongest growth (index at 55.3) and was the only category to gain momentum in December. Commercial building lost its position as the best- performing segment, with the recovery easing to its lowest since September (index at 53.6). Customer demand was relatively resilient in December, despite some reports citing delayed decision-making due to the Omicron variant. In fact, the latest rise in overall new order volumes was the strongest since August. Higher levels of new work have now been recorded for 19 consecutive months. A sustained rebound in construction orders helped to boost employment numbers during December. The rate of job creation eased only slightly since November. Survey respondents often commented on extra staff hiring as part of new protect starts and long-term expansion plans. Higher fuel, energy and raw material prices continued to push up average cost burdens across the construction sector in December. However, the overall rate of inflation eased for the fourth month running to its lowest since March. An improved alignment between demand and supply helped to soften inflationary pressures at the end of 2021. Purchasing activity increased at the slowest pace for three months, while supplier lead times lengthened to the least marked extent since November 2020. Where longer wait times were reported, this was mostly linked to international shipping delays and shortages of haulage drivers. Looking ahead, just over half of the survey panel (51%) forecast a rise in business activity during 2022, while only 9% predict a decline. Although signalling upbeat sentiment for the year ahead, the degree of optimism was the joint-lowest reported since January 2021. Tim Moore, Director at IHS Markit, which compiles the survey said: "UK construction companies ended last year on a slightly weaker footing as renewed pandemic restrictions held back the recovery, especially in commercial work and civil engineering. Some firms commented on disruption from rising COVID-19 cases, while others noted a lack of new work to sustain the rapid growth rates seen earlier in 2021. "The worst phase of supplier delays seems to have passed as the availability of construction products and materials continued to turn a corner in December. While suppliers to the construction sector have caught up on backlogged work and boosted capacity, there were still widespread reports citing unresolved transportation issues and driver shortages. "Input cost inflation moved down another notch in December, helped by the alleviation of some supply chain pressures. The latest rise in purchasing prices was far slower than the 24-year peak seen last June." Duncan Brock, Group Director at the Chartered Institute of Procurement & Supply, said: "Though the overall index moved down slightly in December there was light at the end of the tunnel for builders in terms of the strongest order numbers since August, reduced pressure on business costs and some improved delivery times for essential materials. "Residential building has powered on every month since June 2020 and was the best performing category in the last month of 2021. Commercial building struggled to gain a stronger footing in a weakened UK economy and civil engineering activity fell back into contraction. "Though supply constraints were still hiking up prices, inflation was the lowest since March as materials production carried on apace reducing supply restrictions. It was shipping delays and haulage shortages that remained the significant gripes in the industry as over a third of supply chain managers faced longer wait times. Though this was an improvement on the previous month and the best since November 2020, it was still a factor affecting builders’ forecasts for 2022 as business optimism fell to the joint-lowest for almost a year.”