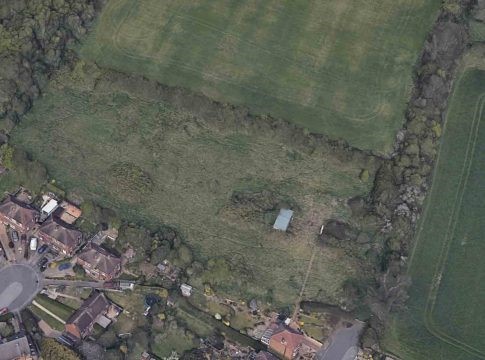 Concerns have been raised about a loss of greenspace and wildlife in relation to plans for an 28-home development in Gedling. WFW Developments have submitted plans for a new development on land at the bottom of Grange View Road. The developer wants to build 28 new four-bedroomed homes on the site along with creating an access road. Letters have been sent to local residents informing of the new plans. The chosen land is part of the Willow Farm site which has been under threat before. Back in 2017, plans for 110 new homes were submitted for the site and and met with anger from local residents. The Willow Farm Action Group was formed to fight off plans from developers and have so far been successful. Local resident Maureen Stewart voiced her concerns about the development to Gedling Eye. She said: “We are really worried about this. We have concerns for the local wildlife. Where are they going to go? There will be no green space left for them soon. “I really hope the planners see sense and stop this from going through and save our wildlife.” Ron Disney’s mother lives in the area and he fears that local infrastructure will soon be unable to cope. He said: “Lots of new houses but how many new schools and doctor surgeries do we see? It’s fine bunging up these new homes but you need to think about how the area will cope. It seems like it is all just about money. “My mother is elderly and struggles to get to see her GP as it is. Soon 28 new families could be also trying to get an appointment with them. It is a worry. She may have to move.” One local resident who didn’t wish to be named told our reporter: “We hear these local councils go on about their green policies but they are prepared to let this happen.” Members of the Willow Farm Action Group voiced their anger over plans on Facebook. Margaret McKeon wrote: “We are running out of space. They are buying up all the land. This is very important for our kids and grandkids we will not get this land back again. What’s the point of issuing farmers with subsidies to wildlife when we are just selling our wildlife down the river.” The plans can be viewed in full HERE Like this story? Sign up to our newsletter to get other stories like this delivered straight to your inbox