The Independent8 day(s) ago 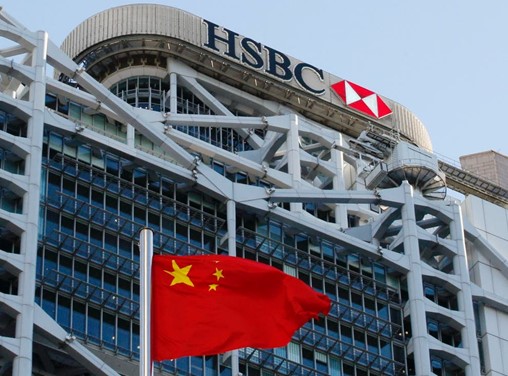 HSBC bank holds more than £2 million in shares for a subsidiary of a Chinese paramilitary company that has been accused of human rights abuses against Uyghur Muslims, it has been revealed. The UK’s biggest bank bought £2.2 million worth of shares for Xinjiang Tianye, a chemicals and plastics company, for an anonymous client last year while continuing to act as a custodian meaning it pockets money while holding the shares, the Sunday Times reported. Xinjiang Tianye Group describes itself as a “large state-owned enterprise in the eighth division of XPCC”, the Xinjiang Production and Construction Corps. The corps, a large paramilitary and economic organisation, has been subject to US sanctions and has helped to oversee the surveillance, mass detention and forced labour of hundreds of thousands of Uyghurs and Muslim minorities in the Xinjiang region. The group is often described as a “state within a state” and controls numerous publicly traded subsidiaries, including Xinjiang Tianye which is on the Shanghai stock exchange and allegedly plays a part in the abuses including forced labour transfers. Beijing has placed around one million Uyghurs in labour camps and there have been widespread reports of forced sterilisation and the wholesale destruction of mosques. Many international organisations have labelled Beijing’s actions as genocide. China says its aim is to tackle poverty and religious extremism in Xinjiang. Xinjiang Production and Construction Corps continues to face sanctions under the Biden administration after first receiving penalties in 2020 under the Magnitsky Act in 2020, citing its “serious rights abuses against ethnic minorities”. American citizens, including those working for foreign companies such as HSBC, whose headquarters are in London, are banned from transactions or services involving XPCC. Marco Rubio, the US senator, said facilitating such trades was “another example of a company turning a blind eye to genocide and slavery just to turn a profit”. Iain Duncan Smith, the former Conservative Party leader, said: “Project Kow-Tow is alive and well in some British companies. After all, HSBC seem more and more to have thrown their lot in with the despotic Chinese government.” Last year Dominic Raab, foreign secretary at the time, condemned the bank after it said it would follow the controversial national security law giving China powers dominating over Hong Kong. He said that the rights of people in Hong Kong should not be “sacrificed on the altar of bankers’ bonuses”. HSBC said that it was holding a client’s shares, which were traded through the Shanghai-Hong Kong Stock Connect. Participants in that system were required to comply with the rules of the Hong Kong central clearing and settlement system. “HSBC complies with all applicable laws and regulations in the jurisdictions in which it operates,” the bank said.