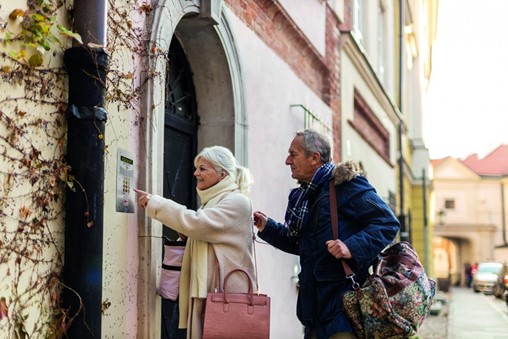 The government has reset its approach to building safety with a bold new plan to protect leaseholders and make wealthy developers and companies pay to fix the cladding crisis. Secretary of State for Levelling Up Michael Gove has guaranteed that no leaseholder living in their own flat will have to pay a penny to fix unsafe cladding. Following Mr Gove’s letter to industry, the old proposed loan scheme for leaseholders in medium-rise flats will be scrapped, with industry given two months to agree to a financial contributions scheme to fund the new plan, otherwise, if necessary, the government will impose a solution in law. In addition, a new dedicated team is being established to pursue and expose companies at fault and to force them to shoulder the burden of making buildings safe. RIBA President, Simon Allford, said: “This new plan should provide some welcome relief to the many homeowners who have unduly suffered at the hands of our flawed building safety regime – and we welcome that. “We remain concerned however that the new funding mechanism will not raise enough money to fully address the widespread fire safety or structural defects that exist up and down the country. The extension of the Defective Premises Act will also seriously impact the availability of insurance for the entire construction sector, impacting not only architects who are needed to help design remedial works, but also others who have never worked on high-rise housing projects. “While the new collaborative procurement guidance signals progress, that too will require much stronger Government oversight to prove effective, because despite awareness of risks, too many construction projects confuse cost, value and safety. “To help the construction sector to move forward, the Government must, accepting of its role as the regulator that allowed this crisis to arise, devise and enforce a properly funded and sustainable solution.” Dame Judith Hackitt, who chaired the Independent Review of Building Regulations and Fire Safety said the move was “very welcome” and should come as a great relief to leaseholders. “Those who caused the problem now need to step up, take responsibility and show some leadership,” she explained. “This problem has gone on for too long and we need a rapid solution, not months of debate and negotiation leaving innocent leaseholders in further limbo.” Commenting on an announcement to raise £4bn to replace combustible cladding on buildings of heights between 11m and 18m, Mike Robinson, Chief Executive of British Safety Council said it was a positive step forward as it will hopefully take the burden off many thousands of leaseholders facing large costs to replace unsafe cladding. “It is also of course right that the construction industry continues to play its part in helping to resolve these issues,” he continued. “The Government must also shoulder its own responsibilities, having overseen the regulatory framework that led to Grenfell and other similar tragedies. We need to see all sides taking a positive and constructive approach to discussions between now and March. “The sad truth is the funds announced...may also not go far enough. They will not pay leaseholders’ costs for other issues beyond cladding that aren’t included in these plans, such as balconies on a building that have been built with flammable material. “The Grenfell fire showed how broad the building safety crisis is, spanning not just construction but design, manufacturing, fire safety and building management. However, there is no excuse for it having taken over four and half years to get to this point and these other issues also need to be approached with urgency.” London Councils welcomed the government’s proposed new deal with the residential property developer industry to help fix the cladding crisis. Boroughs have repeatedly expressed concern at the slow progress in removing dangerous cladding from many buildings across the capital and have long pushed for clearer direction from the government on how the full costs of remediation work should be funded. Cllr Darren Rodwell, London Councils’ Executive Member for Housing & Planning, said: “We’re pleased to see the government taking these steps to fix the cladding crisis, which has dragged on for far too long. “This year will mark the fifth anniversary of the Grenfell Tower fire and no one should still be living in a building with dangerous cladding. Every Londoner must be safe – and feel safe – in their home, yet many are living in a nightmarish limbo while arguments rage over how remediation works will be paid for. “Boroughs agree that the residential property industry should make a greater financial contribution towards the cost of removing unsafe materials from London’s buildings. Ministers now need to keep up the momentum and make sure the industry delivers on these fair and much-needed commitments for improving building safety, as well as working with councils on delivering stronger local powers for enforcing fire safety measures.”