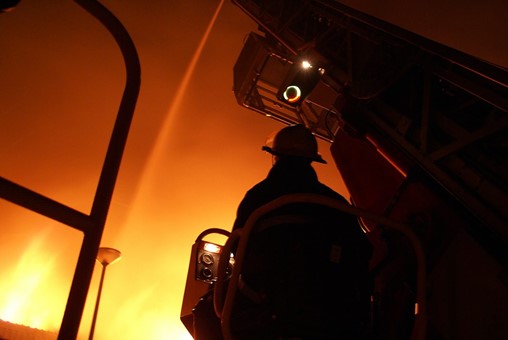 The government has outlined a new plan to protect leaseholders, and make developers and companies pay to fix the cladding crisis Secretary of state for Levelling Up, Michael Gove has promised that no new leaseholder living in their own flat will have to pay to fix unsafe cladding. Following Gove’s letter to the cladding industry, the old proposed loan scheme for leaseholders in medium-rise flats will be scrapped, with the industry given two months to agree to a financial contributions scheme to fund the new plan. In addition to this, a new team is being established to pursue and expose companies at fault, and to force them to shoulder the burden of making buildings safe. A new 4-point plan has been revealed: Opening up the next phase of the Building Safety Fund to drive forward taking dangerous cladding off high-rise buildings, prioritising the government’s £5.1 billion funding on the highest risk. Those at fault will be held properly to account. A new team is being established to pursue and expose companies at fault, making them fix the buildings they built and face commercial consequences if they refuse. Restoring common sense to building assessments through indemnifying building assessors from being sued, and withdrawing the old, misinterpreted government advice that prompted too many buildings being declared as unsafe. New protections for leaseholders living in their own flats: with no bills for fixing unsafe cladding and new statutory protections for leaseholders within the Building Safety Bill. ‘Restoring much needed common sense on building safety assessments’ Gove stated: “More than 4 years after the Grenfell Tower tragedy, the system is broken. Leaseholders are trapped, unable to sell their homes and facing vast bills. “But the developers and cladding companies who caused the problem are dodging accountability and have made vast profits during the pandemic whilst hard working families have struggled. From today, we are bringing this scandal to an end – protecting leaseholders and making industry pay. “We will scrap proposals for loans and long-term debt for leaseholders in medium-rise buildings and give a guarantee that no leaseholder living in their own flat will pay a penny to fix dangerous cladding. “Working with members of both Houses, we will look to bring a raft of leaseholder protections into law through our Building Safety bill. “And we will restore much needed common sense on building safety assessments, ending the practice of too many buildings being declared unsafe.” ‘Leaving innocent leaseholders in further limbo’ Dame Judith Hackitt, who chaired the Independent Review of Building Regulations and Fire Safety, commented: “Today’s announcement by the Secretary of State is very welcome and should come as a great relief to the many leaseholders who have felt trapped by the prospect of having to pay for remediating defects to properties which they bought in good faith. “Those who caused the problem now need to step up, take responsibility, and show some leadership. This problem has gone on for too long and we need a rapid solution, not months of debate and negotiation leaving innocent leaseholders in further limbo.” Remediation costs Gove has written to developers to convene a meeting over the next few weeks, and report back before the House rises at Easter with a fully funded plan of action including remediating unsafe cladding on 11-18m buildings. Clauses in the Building Safety Bill will allow the government to introduce a levy on developers of high-rise buildings, building on the 4% tax on the largest most profitable developers, which was announced in this year’s Budget and expected to raise at least £2bn over the next 10 years to help pay for building safety remediation. Leaseholders will also be able to access a new portal that will show them the status of their building’s application to the Building Safety Fund. Protecting leaseholders £27m of funding will ensure that fire alarms are installed in all high-risk buildings to keep residents safe and end the misuse of costly waking watch measures. The government will also work with MPs and peers to consider further amendments to the Bill to enshrine protections for leaseholders in law, and will continue to work across government to ensure leaseholders are protected from forfeiture and eviction due to historic fire safety costs. The government also plan to introduce amendments to the Building Safety Bill, to retrospectively extend the legal right of building owners and leaseholders to demand compensation from their building’s developer for safety defects up to 30 years old. ‘Restoring common sense’ Gove has insisted that there must be fewer unnecessary surveys, an assumption that there is no risk to life in medium and low-rise buildings unless clear evidence of the contrary, and far greater use of sensible, risk-mitigating fire safety measures such as sprinklers and alarms. The government is also withdrawing the Consolidated Advice Note, interim guidance which has been wrongly interpreted by the industry as requiring remediation of all cladding irrespective of building height. Fairer and safer housing The action being taken on building safety is part of a wider programme to create a fairer housing system. New procurement guidance will help remove incentives for industry to cut corners, while legislation going through parliament will ban ground rent charges for most new residential leases, expected to take effect later this year.