The Independent13 day(s) ago 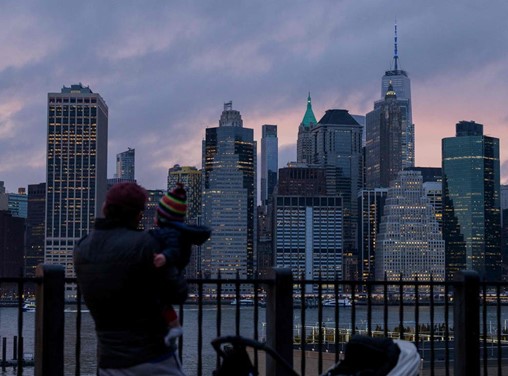 2021 wasn’t a total failure on climate action. In fact, residents of New York City capped off a year of lackluster international climate response with a historic victory. In December, New York City became the largest city in the United States to ban the use of gas and fossil fuels in new buildings. The move is undeniably huge. New York City is both the United States’ most populous city and the center of the country’s $10.5 trillion real estate industry, a commercial powerhouse on the world stage. As advocates in the grassroots-organized #GasFreeNYC Coalition – led by the national environmental organization Food & Water Watch along with city and state-based groups – are fond of saying, what happens in New York doesn’t stay in New York. Where New York City leads, the world follows. The gas ban comes at a critical time. As the latest United Nations IPCC report laid out in its “code red for humanity” analysis of the climate crisis, the world is on track to exceed 1.5C of warming in the coming decades, spelling disaster everywhere. To limit the chaos, international experts have stated unequivocally that the extraction and use of fossil fuels must stop immediately. New York City alone is responsible for five percent of the gas consumed in buildings nationwide, and its buildings are the source of 70 percent of the city’s climate-heating pollution. Moving off fossil fuels has to include the buildings where we live, work and play. And in New York City, it now does. The city’s gas ban puts into law a shift that has been happening across the building industry for years. Electric building technology is not a new concept; more than 70 cities across the US have embraced the promise of fossil fuel-free buildings. Before the gas ban bill was even written, New York builders constructed 79 fossil fuel-free buildings, half of which are being constructed to passive house standards, meaning they are even more stringent than the new gas ban requires. Building without fossil fuels is not only possible, it’s better – especially for our health. Globally, indoor air pollution leads to four million deaths every year. In New York City, indoor fossil fuel combustion is responsible for an estimated 1,114 premature deaths every year, and $12.5 billion in health costs. These health impacts fall disproportionately on communities of color. One of the biggest culprits is the gas stove, a ubiquitous appliance thanks to a massive gas industry marketing campaign. With the New York City gas ban, new buildings will have residents cooking on electric or induction stoves, keeping indoor air pollution at bay and saving lives. Building without fossil fuels can mean lower building costs and lower energy bills. Electrification goes hand-in-hand with increased energy efficiency, reducing both energy use and cost. With every building we construct today using fossil fuel hookups and appliances, we strand homeowners and residents with antiquated assets, wasting our time and their money constructing buildings that are outdated before they are finished. Both owners and the 63 percent of New York City residents who rent their homes can expect to feel the savings from electrification in their pocketbooks. Current residents of fossil fuel-free buildings in New York City report energy bills as low as $30 per month — one-tenth the city average. Building without fossil fuels is also safer. In December, a gas explosion in Brooklyn displaced 54 people and injured six, sending two to the hospital for immediate treatment. It took 138 firefighters to put out the three-alarm fire. Unfortunately, these events are not rare. On average, there is an “accident or incident” in US gas distribution systems every six days — globally, those numbers go even higher. Carbon monoxide poisoning, often caused by leaky gas lines and hookups, is also a serious safety risk, leading globally to an estimated 1 million cases and more than 36,000 deaths every year. Like any giant, the construction and real estate industries are reluctant to turn on a dime. But slower change relies on time that we just don’t have. When it comes to mitigating the climate crisis, our buildings can and must be a part of the immediate solution to cutting our addiction to fossil fuels. After all, we build new buildings every day. New York City’s gas ban provides the push our industry needs to build climate-smart buildings and revitalize our construction sector. Experts project that building electrification will create up to 25 million jobs over the next 15 years. And that’s just in the US. With laws like New York City’s on the books, the pace of architectural and technological innovation will only speed up, paving the way to a green building revolution. Industry professionals are ready to lead the way in building healthier, cheaper and safer buildings. Soon enough, skylines from New York City to London, Lagos to Jakarta, will be marked by architectural wonders that don’t carry a heavy climate cost, and families will raise children in homes far healthier for people and the environment than the ones we live in today. I, for one, can’t wait to build that future. Jon Pope is the principal contractor at his independent contracting business, Jon Pope Construction, based in Brooklyn, New York. He is a volunteer with Food & Water Watch, an environmental organization that played a leading role in passing the New York City Gas Ban in December 2021