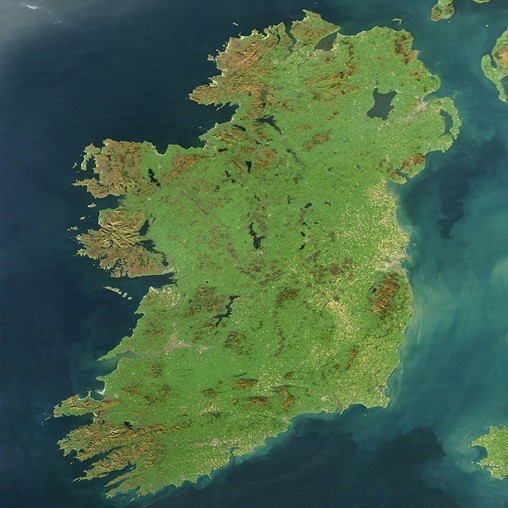 by Harry Baldock, Total Telecom Ireland’s largest telco has sold a 56% share in emergency service communications provider Tetra Ireland for €76 million Eir has announced its intention to sell its stake in Tetra Ireland to Digital 9 Infrastructure for €76 million. Tetra Ireland owns and operates the National Digital Radio Service (NDRS), which is used by Ireland’s emergency services and public safety organisations. The company was first commissioned to develop the purpose-built NDRS back in 2006, with users now including the Garda, Coast Guard, the Irish Prison Service, and Dublin Fire Brigade, along with a host of other public services. The company’s network covers over 98% of Ireland’s geography, including offshore and other remote areas. Tetra bid for a renewal of its contract in 2020, which would allow it to continue to provide services for a further nine years. Digital 9 Infrastructure, meanwhile, first burst onto the scene last March, when the launched an initial public offering (IPO), saying it would use the funds to acquire sustainable digital assets, primarily in the form of fibre networks, mobile towers, and data centres. Since then, it has raised over £750 million, with plans to raise a further £200 million by the end of January. Shortly after the launch of its IPO, the company made its first acquisition, buying submarine cable operator Aqua Comms in a deal worth $215 million, whose America Europe Connect 1 and 2 transatlantic cable systems both land on the west coast of Ireland. We at Total Telecom caught up with Aqua Comms CEO Nigel Bayliff shortly after the acquisition, who said that the purchase would allow the company to continue with its existing growth strategy, as well as expanding beyond their home market of the Atlantic and into new waters. You can view the full interview with Nigel Bayliff here. Since then, Digital 9 has also acquired a data centre operator in Iceland and a submarine cable landing station in England. Now, Digital 9 says intends to take full control of Tetra in the coming months, valuing the company at around €135.7 million, but is still seeking the approval of the other Tetra shareholders, Sigma Networks and Motorola, which own 25% and 19% stakes, respectively. Want to keep up to date with the latest developments in the world of telecoms? Subscriber to receive Total Telecom's daily newsletter here Also in the news: CTIA forms new 5G Security Test Bed Backed by Rostec, ER-Telecom acquires majority stake in Akado Telecom Reliance set to invest $80bn in green energy projects Since you're here... ...the Telecoms industry is characterised by constant change and evolution. That's why it's crucial for telecoms professionals to keep up-to-date with what is happening. Join 35,000+ of your peers and sign up to our free newsletter service today, to be in the know about what is going on. PLUS, as a member you can submit your own press releases!